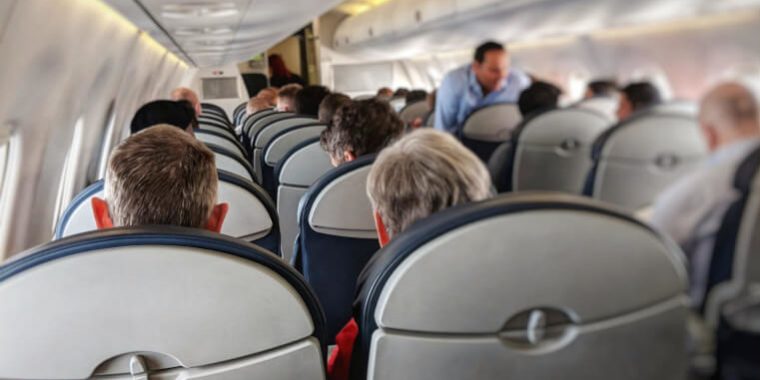 Anticipation is a term sewn into the very fabric of the aviation industry. It is felt by the airline waiting to receive a new aircraft ordered years earlier, by the satellite operator waiting for news of a successful launch, by a hardware manufacturer waiting for its latest technology to go through the certification process, and by the passenger contemplating how good the first cocktail will taste when sat by the pool. This same sense of anticipation has fuelled the in-flight connectivity sector for many years, driven by what has become an overcrowded value chain all working toward the goal of delivering faster and consistent on-board Wi-Fi.

It came and went with the rise and fall of Connexion by Boeing and returned with the commercial roll out of Gogo’s first generation air-to-ground (ATG) network in North America in 2008. In recent years, the sense of anticipation has really gathered momentum, thanks to speculation around new solutions like Global Xpress (GX) and Gogo’s 2Ku system, the promise of new high capacity satellites, and an influx of major upgrades to various existing networks and on-board components.

Fast-forward to today and many of the aforementioned initiatives have come to fruition causing the sense of anticipation and talk to subside. The roll out of 2Ku and GX is in full swing – 400 aircraft were installed with 2Ku in 2017 alone and the GX installed base stood at approximately 200 aircraft as of December 31st, 2017. There were notable hardware and service upgrades; Panasonic Avionics launched its next generation modem as part of a wider network upgrade; reportedly enhancing data rates to each aircraft by 20 times. Viasat released its Gen-2 IFEC system, which brings with it a vital upgrade to various hardware, and more importantly is compatible with Viasat-1, Viasat-2 and Viasat-3 satellite platforms – thus reducing the need for future upgrades. Global Eagle’s new Ka-band antenna took to the skies on board the company’s Albatross at the 2017 APEX Expo in Long Beach.

Satellite operators have also been busy; Eutelsat 172B was launched in November 2017 delivering much needed HTS capacity to the Asia Pacific region, SES has launched SES-10 (providing significant capacity expansion over Latin America), SES-15 (delivering additional Ku- and Ka-band capacity over North America, Latin America and the Caribbean) and most recently, SES-14 in January 2018 (providing Ku-band capacity over the Americas and the North Atlantic Region). Intelsat added three satellites to its Epic HTS constellation (IS-37e, IS-35e and IS-32e). Viasat launched its next-gen bird, Viasat-2, enhancing coverage over Central America and the Caribbean.

2017 will go down as a year of action rather than hype and the numbers back this up. In the last quarter of the year alone, Gogo’s active 2Ku installed base increased by 221 aircraft, Panasonic equipped an estimated 99 aircraft with its Ku-band system and GX was launched on 63 aircraft. But there was enough demand to satisfy all of the major service providers and each have played their part so far. Excluding upgrades, an estimated 263 aircraft were added to the global in-flight connectivity installed base between October 1st, 2017 and December 31st, 2017, bringing the total global connected fleet to 7,222.

So, what next? There are several challenges and opportunities on the horizon already generating anticipation in the in-flight connectivity industry. Most notably:

To date, the overcrowded in-flight connectivity value chain we see today has been sustained by significant demand and an industry trying to work out the role of in-flight connectivity. But there is greater clarity today and we are entering a period of increased demand and expectation, from passengers and airlines. The factors above, combined with the emergence of new players, will shape the future in-flight connectivity value chain in the years to come, particularly at the service provision level. Those that aren’t able to adapt quickly enough to the challenges and opportunities ahead face the prospect of becoming irrelevant. You can already feel the anticipation building.