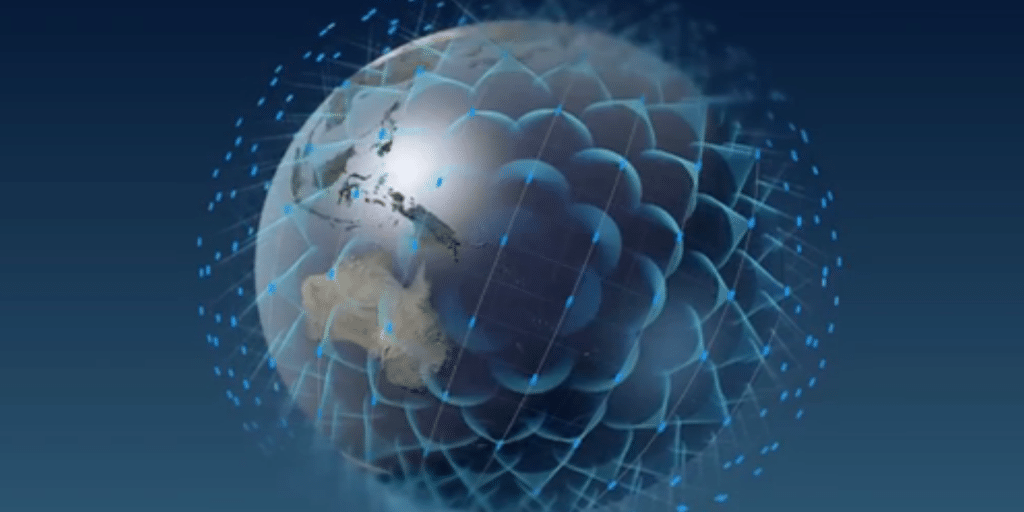 Following on from our annual in-flight entertainment and IFE content reviews, connectivity specialist Daniel Welch completes an IFEC hat-trick with a lookback at the last 12 months for the IFC sector. He then digs out the crystal ball to predict five major trends to watch in 2022.

‘Tis the season. For men all over the world to demonstrate how much can be achieved at the shopping centre/mall on 24th December, for the infamous work Christmas party and, most importantly, for industry analysts to pull out the crystal ball and commit to some predictions going into the new year.

I can’t yet tell you if I’ll be a part of the Christmas eve scramble (though anyone who knows me will put money on it) and being the only Valour employee in Australia limits any prospects for an eventful Christmas party. However, I’m fully committed on predictions for 2022 and in this blog post I intend to give my view on what’s in store for the In-Flight Connectivity (IFC) sector. Let’s start by first reflecting on 2021 with what I see as some of the key headlines.

March 2021 saw the IFC installed base reach its lowest point since the pandemic began, falling to 9,013, which represents a net loss of approximately 170 aircraft versus the peak hit exactly one year earlier (9,181). But purely from a numerical perspective, this is where the negative headlines end as IFC installs have since outpaced retirements. More than 600 aircraft were equipped with the requisite hardware between January 1st and the end of September 2021, up from an estimated 550 gross installs across the whole of 2020. While we’re still working on the final numbers, all indicators point toward the global IFC installed base ending 2021 well above the pre-pandemic peak.

We’ve long speculated that consolidation was inevitable in the IFC space, but in November Viasat went beyond our expectations, announcing its intent to acquire its prime competitor, globally, Inmarsat. Valued at a hefty $7.3bn, the transaction reflects both the strategic benefit Inmarsat’s assets bring to Viasat’s own global ambitions, and the current level of financial interest pouring into the satellite sector. If approved (targeting late 2022), the new company will account for 32% of the global IFC active installed base and approximately 65% of all aircraft currently under contract to receive IFC. There will inevitably be a ripple effect within the IFC sector with Hughes and Inmarsat’s GX value-added resellers among those expected to be most impacted by the deal. 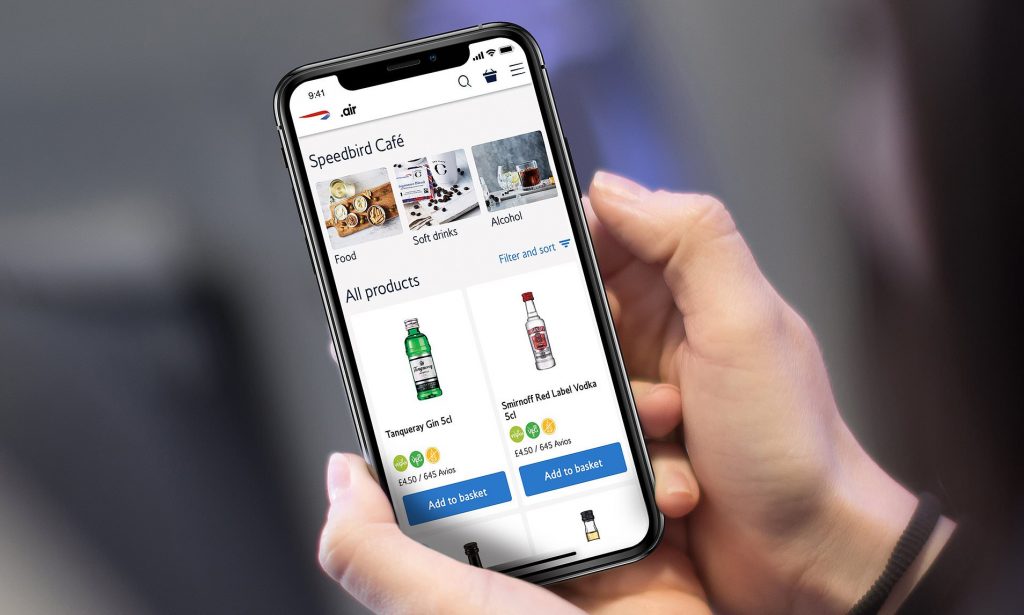 One of the few silver linings to come from the ongoing pandemic is its influence on digital transformation. COVID-19 has acted as a catalyst for adoption of digital solutions throughout the passenger’s journey.

Within the cabin, we’ve seen many airlines prioritise digital retail, coupled with real-time payment verification, and upgrading crew devices to allow the flow of real-time data as part of serving up a personalised experience. We’re seeing carriers quickly adapt to new norms with technology and in doing so, evolving the use cases for IFC. It’s a trend that will only accelerate from here.

US market cemented as key to success for vendors

At the time of writing, more than 80% of all aircraft originating out of North America have IFC installed, making it the most saturated market, globally. Despite this, the region remains THE key battle ground for IFC service providers with the primary driver being volume. The top 6 largest connected fleets are all based in this part of the world. Furthermore, many aircraft within these connected fleets are coming to the end of contracts and/or are equipped with first generation hardware that is quickly becoming obsolete.

The conditions are primed for major deals involving switching from one technology to another and in January 2021, Delta Air Lines did just that. They switched from Intelsat’s ATG and 2Ku IFC services to Viasat’s Ka-band network on hundreds of narrow-body aircraft.

Despite ongoing travel restrictions caused by fear of the emergence of new COVID-19 variants, I expect gross installations of IFC to continue the upward trend that began back in early 2021. In our latest report titled “The Future of IFC”, we project annual gross installations in 2022 to reach approximately 800, spurred on by new narrowbody deliveries and the return of retrofit programs, globally.

2. Installed base of connected aircraft in Mainland China to grow – finally

I know, I know. We’ve been pushing the “this is the year!” narrative for a while now in reference to domestic carriers rolling out IFC on mass. While the wait goes on for the tier 1 and 2 carriers to publicly commit to IFC vendors, there have been some positive indicators coming out of Mainland China in the last 12-24 months that, for me, suggests a major announcement is imminent. 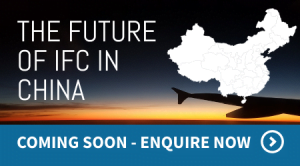 In November, Viasat announced its Ka-band service was commercially available over China Satcom’s ChinaSat-16 satellite, a milestone that I know will be a boost for certain domestic carriers. In the same month, Honeywell’s JetWave system was also certified for use on ChinaSat-16. Finally, a decision is imminent on which of the 5G Air-To-Ground networks currently being developed by China Mobile and China Telecom will be certified for commercial aviation.

The fundamental factor knitting these points together is optionality, as well as airlines having greater certainty over capacity, coverage, and performance. While the pandemic continues to disrupt passenger traffic, domestically, we know how quickly the aero market in China can bounce back. 2022 is the year!

It’s now impossible to talk about the future of IFC without acknowledging the disruption posed by LEO operators, most notably OneWeb, SpaceX and Telesat. The latter is lagging in terms of the number of satellites in orbit, at the time of writing, but must be considered because of the efficiencies associated with its interlinked satellites and as the only Ka-band player in the mix right now. OneWeb and SpaceX appear to have different go-to-market strategies with the former seemingly open to partnering with GEO players and IFC service providers, while the latter has opted to go direct to airlines. But both are racing toward global coverage.

I predict we’ll see at least one of these operators announce a commercial airline customer in 2022. My major concern is terminal readiness as we know how much proven performance matters to airlines.

Throughout 2021 we’ve seen several significant announcements come from vendors involved in the race to build an aero certified ESA, outlining the progress being made. Viasat, for example, successfully demonstrated its self-built ESA as part of an inflight test in June. Oneweb has hedged its bets by selecting both Satixfy and Ball Aerospace to build aero terminals to operate on its LEO network. Whilst Isotropic Systems successfully carried out a multi-orbit test on its multi-beam Ka-band terminal. 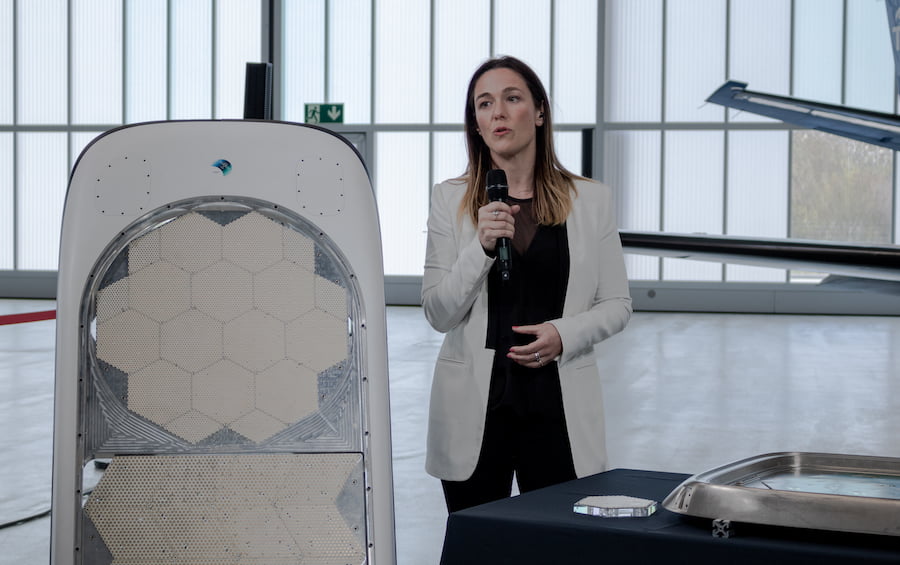 There are sure to be more positive headlines to come in 2022 but my belief is that we’re still at least two years away from seeing notable installs of ESA’s on commercial aircraft. In the meantime, LEO-ready solutions will thrive, especially Thinkom’s range of ThinSat terminals which now form part of the IFC offering from Inmarsat, Intelsat and Panasonic Avionics.

Finally, I see a continuation of the consolidation trend occurring throughout 2022, with the “big three” (defined as Inmarsat, Intelsat and Viasat) increasing their collective share of the IFC installed base and backlog. The pressure is continuing to grow on IFC vendors that do not own capacity and are typically unable to compete on data costs with those that do. As a result, I wouldn’t rule out another major M&A announcement in 2022.

Get in touch to let me know what you think to these predictions and feel free to share your own. In the meantime, I wish you all a happy new year. See you in 2022.