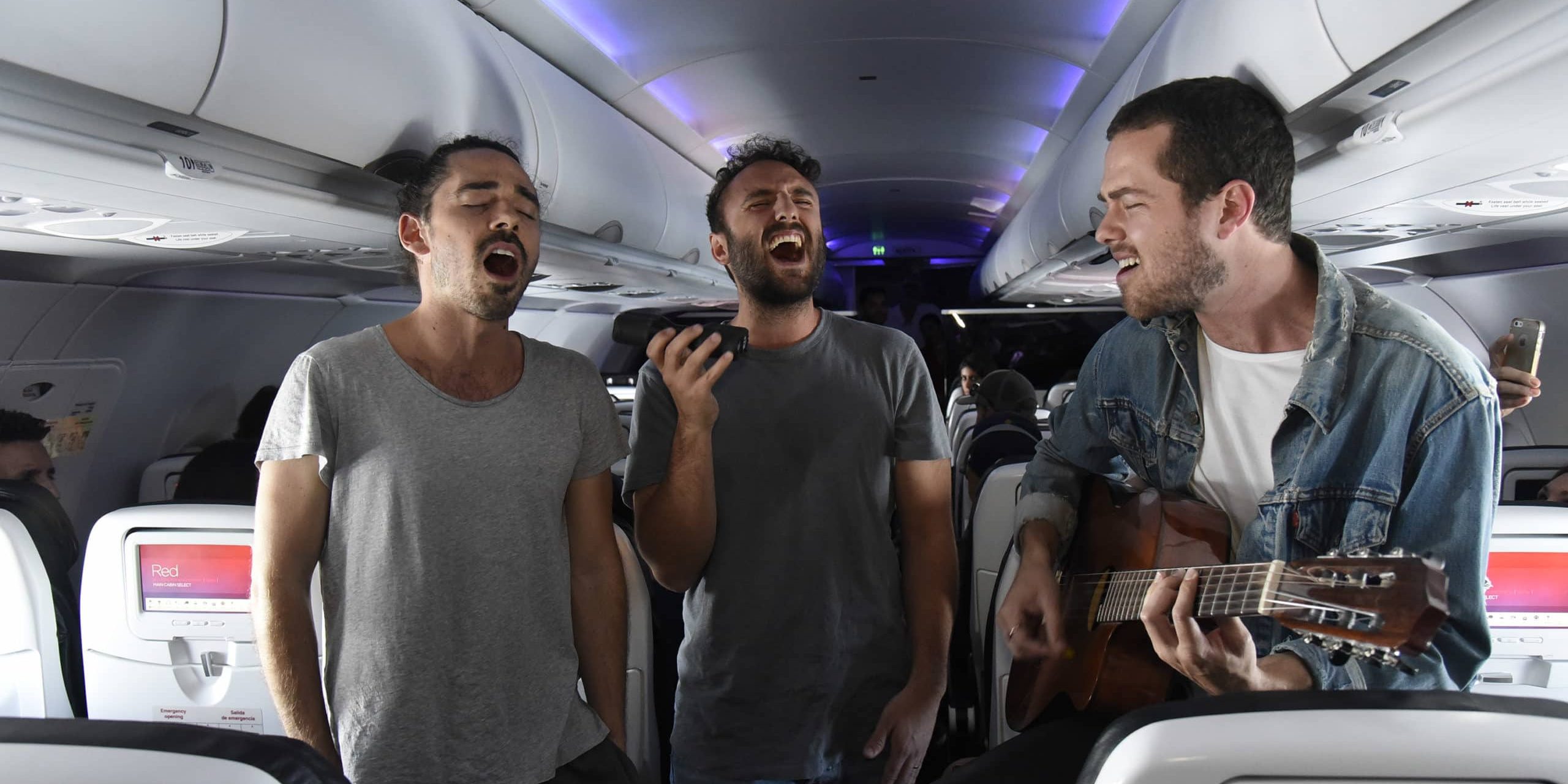 In the first of this year’s Valour Consultancy IFEC market reviews – Craig Foster provides a somewhat musical roundup of IFE content developments over the past 12 months. Then, he looks forward to 2022 with some predictions which we hope will prove to be words of wisdom.

“Everybody had a hard year” sang John Lennon in 1969’s Let it Be, referencing how the prior year had been an incredibly tough period in his life. And I think many of us in the aviation industry can resonate given the events that have unfolded since that awful ball of mutable spike proteins, whose name we shall not speak, entered our lives back in December 2019.

I won’t speculate on whether everyone has also pulled their socks up, saw the sunshine or had a dream of the kind we need not delve into, but it goes without saying that 2021 has been tough. Tougher than we hoped it might be when Big Ben chimed its famous chime to wave goodbye to 2020. In this blog, I take a look back at some of this year’s key developments in the realm of in-flight entertainment (IFE) content, before doing my best impression of Punxsutawney Phil to signal whether this proverbial winter spell will be prolonged, or if the green shoots of spring might already be sprouting.

We’ll begin our Magical Mystery Tour back in February 2021 when Delta Air Lines announced it had refreshed the content on its Delta Studio IFE platform. Without any accompanying context, that might seem like a totally irrelevant piece of news but it’s important because it marked the airline’s first content update since April 2020. 10-month intervals between content refreshes would have been unheard of in times gone by, but there were countless examples of airlines pausing content loads during the pandemic. Some, like QANTAS, even switched off their IFE systems entirely, while in India, regulators prohibited the use of seatback screens due to hygiene concerns.

As any 007-deprived James Bond aficionado will tell you, shutdowns to production studios and movie theatres led to a drought of new content, something that is only now beginning to reverse. As a result, those airlines that would previously have relied heavily on so-called early window content (EWC) to carry the strength of a cycle, were forced to diversify their entertainment portfolios. Some have done so by striking new partnerships and accelerating pre-existing plans to peel away from being so reliant on EWC. In October, for example, Emirates revealed that it had teamed up with HBO Max to initially bring 160 hours of content from 31 shows housed within a dedicated folder on the ICE IFE system. Delta, LATAM and Cathay Pacific quickly followed suit with similar arrangements

COVID has also exacerbated a general feeling that the way in which movies are licensed is unfair. Flight levels have obviously reduced because of the pandemic and so too have passenger load factors (PLFs) meaning the number of people that would typically view content is much lower than normal. Thanks to growing embracement of the cloud by content service providers (CSPs), this has given rise to new Netflix-style subscription-based models for content. With this kind of approach, airlines can build their own IFE packages tailored to content each month in line with seasonal routes, fluctuating flight levels, and evolving budgets. This is certainly the direction Anuvu and Touch were revealed to be heading in with their new Iris and ABOVE services, respectively.

E is for Engagement

As explained by my esteemed colleague, David Whelan, in his own – albeit less musically-inspired lookback – 2021 was certainly the year during which we started to see an evolution of what the E in is all about. That is, many airlines no longer see seatback screens and passenger devices exclusively as a means to play movies and TV shows. 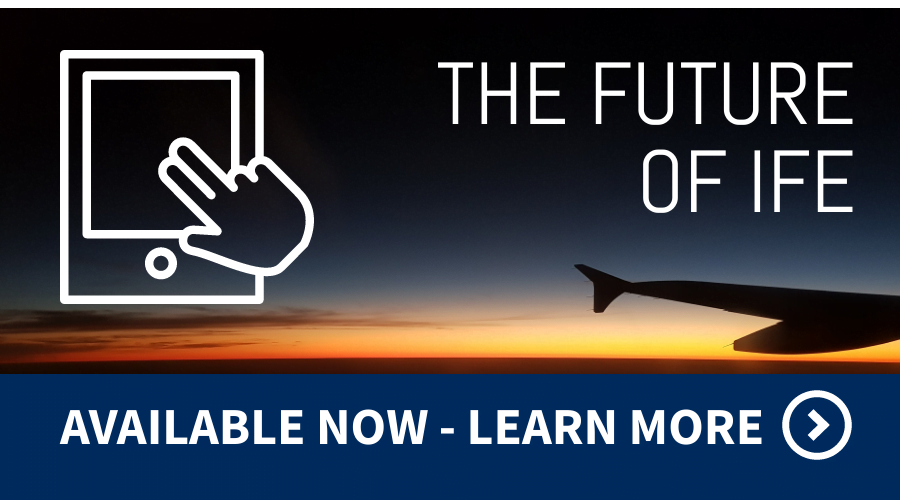 Rather, the pandemic has resulted in an expansion of the definition to include more holistic, open platforms with digital alternatives to traditionally manual cabin features, such as the in-flight magazine and food/beverage ordering. In Europe and Asia-Pacific, several LCCs have started to embrace this concept and trial solutions with a digital retail slant over the course of the last 12-18 months. Most recently, Jambojet, Global Onboard Partners and Bluebox combined to launch a platform based almost exclusively around the provision of destination content.

Unlike Cassandra, who in Greek mythology was blessed with the gift of prophecy, I am hoping Apollo hasn’t cursed me and that readers will not have cause to disbelieve my predictions for the future of IFE content.

Let’s continue the Grecian theme and start by addressing the elephant in the room: Omicron. While its arrival onto the scene has thankfully not yet heralded a fresh wave of deaths, governments around the world have re-entered panic mode just in case it might turn into something more sinister.

Some might call it an over-reaction, some a necessary precaution. But whichever side of the fence you sit, the fact that many countries are moving back towards the implementation of border restrictions tells us that the spectre of aviation uncertainty continues to loom large. While our skillset at Valour Consultancy is as wide-ranging as it is impressive, it doesn’t, unfortunately, extend to the field of epidemiology. However, early signs do look promising in that Omicron appears milder than Delta.

For airlines, uncertainty plays untold havoc, and it doesn’t need me to tell you that on-off restrictions have a huge impact on travel plans, presenting a significant barrier to holidaymakers from both a risk and cost perspective. With this uncertainty set to linger for longer than we might have wanted, the case for more flexible IFE content business models becomes even more clear cut. Rather than continue to pay monthly license fees for content based on the size of an entire fleet, regardless of how many aircraft are in the air, expect more CSPs to launch flexible subscription-based services and expect the airlines to jump all over them. 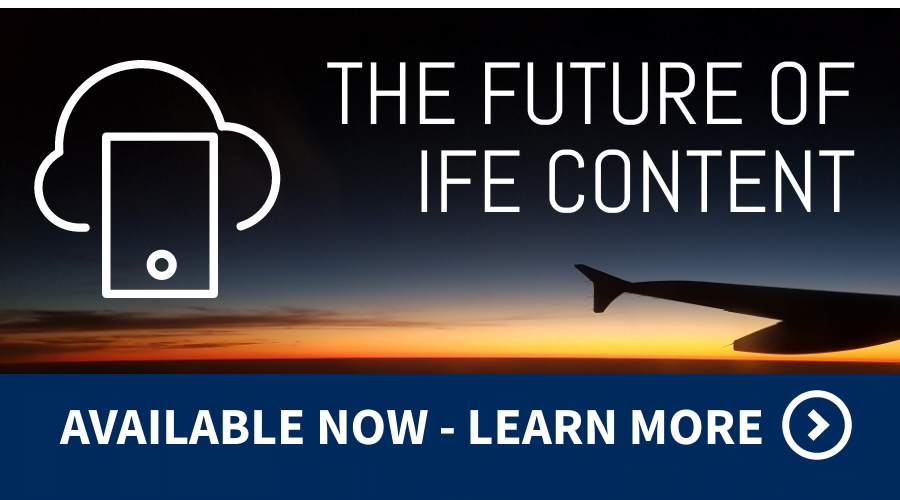 I also think that 2022 could see CSPs returning to more of a true content curation role. In the run-up to the pandemic, there was a sense that airlines had become somewhat complacent in their selections and were content (if you excuse the heteronym) to offer as much programming as they possibly could to help stave off passenger boredom.

Now, however, the market looks set to become much more cut-throat and this is already being reflected by the number of deals being won by some of the smaller CSPs like Touch, Stellar and Aeroplay, each of which is estimated to have gained market share compared to the pre-pandemic period. At the heart of their strategy is an arguably more personal approach that succeeds in helping airlines source niche and not-easily-accessible content that helps them differentiate the brand and drive passenger loyalty. The prospect of more studios “cutting out the middleman” and going direct to airlines will also undoubtedly increase the pressure on CSPs to become even more innovative and boutique in their efforts to win business.

And finally, the trend towards greater diversification of content portfolios will grow. Part of this is down to a continuation of restricted budgets and the inability to purchase as much EWC as was once the case. But it’s also because of increased interest in new categories of content. Things like esports, VR/AR and wellness are all growth markets but the latter, unsurprising given current circumstances, looks like it could be a winner. Already, we’ve seen the likes of Panasonic Avionics and Inflight Dublin introduce new services aimed at creating a more relaxing environment on board and with the travel journey looking likely to continue raising stress levels with endless tests and paperwork now par for the course, any content that can restore calm is sure to go down a treat.

Our expectation is that IFE content licensing revenues will reach $374 million in 2022 – up 13% on 2021 but down $130 million on the heady heights of 2019. We also predict that we’ll never again witness the unbridled musical genius that is hopefully pouring forth from your speakers after clicking on this piece’s first hyperlink.

N.B. Despite the image used to accompany this article – we don’t expect to see a return to in-flight ‘gigs’ used by Virgin America and others any time soon!