ATG to Drive Adoption of In-Flight Connectivity in China 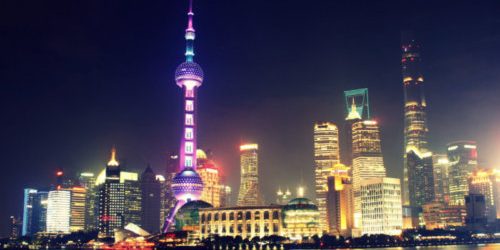 Mainland China has been unanimously pegged as the next big growth area in the global In-Flight Connectivity (IFC) market for some time now. The country’s aviation sector continues to grow at pace and local airlines possess largely unconnected fleets of almost 3,700 aircraft, 85 per cent of which are single aisle. According to our most recent Quarterly IFC Tracker, 168 aircraft registered to airlines in Mainland China (all wide-body) offered passenger connectivity at the end of March 2019; just 5% of the commercial active fleet.

One could be forgiven for assuming Chinese airlines will follow the lead of others, globally, and opt for satellite connectivity. Afterall, much of the limited IFC-related activity to date has been around bringing satellite-based solutions to market, including recent tie-ups between Viasat and China Satcom, and Honeywell and local service provider Air Esurfing. Furthermore, Panasonic Avionics’ Ku-band solution, which is installed on almost every Chinese aircraft equipped with IFC today, is expected to remain relevant in the coming years thanks to the company’s investment in the APSTAR 6D HTS satellite. But it seems increasingly likely that airlines in Mainland China will be presented with an alternative to satellite-based IFC in the form of China Mobile’s proposed 5G Air-To-Ground network.

China is one of a few countries that can be considered a natural fit for an ATG network. After all, it is the fourth largest in the world, in terms of landmass (behind the U.S., Canada and Russia) and the volume of aviation traffic operating within Chinese borders continues to rise; an estimated 75 per cent of narrow-body aircraft registered to local airlines operate routes exclusively within Mainland borders. Beyond these factors, the broader benefits of ATG over satellite-based solutions, specifically reduced downtime and installation costs, would no doubt appeal to those Tier 2 and 3 airlines unlikely to install a Ku- or Ka-band solution.

With the above in mind, it is no surprise various companies, such as Beijing Weibang Yuanhang Wireless Technology Co., Ltd (Weibang) and China Telecom Satellite have trialled small-scale networks in recent years. The latter is understood to still have 32 towers active and ready to go pending regulatory approval, which to date remains allusive.

In 2018, China Mobile joined this list, successfully trialling a 4G LTE network consisting of 52 ground base stations positioned across a number of high traffic routes. Now, the Mobile Network Operator (MNO) is understood to be working toward launching a full blown 5G ATG network, which will leverage a large chunk of spectrum in the 4.8-4.9 GHz band.

In our most recent report “IFC in China, India and Russia – 2019”, we have put our neck on the line to suggest this ATG concept will succeed where others have failed and become commercially active. But what is it about this proposal that stands out from those before it? For us, there are several factors.

But whilst there appears to be a number of factors in China Mobile’s favour, it is also important to acknowledge that some significant hurdles lie ahead. Firstly, to justify its existence, the proposed network would have to attract at least one of the major airlines, such as China Southern, China Eastern, Air China or Hainan Airlines. Whilst there appears to be genuine interest from Tier one airlines, a formal decision will likely require proof of service quality. This will understandably take time.

More fundamentally, the Ministry of Industry and Information Technology (MIIT) will need convincing that its concerns around the network’s frequency interference with sovereign military and space applications are unfounded. Whilst this is not expected to put an end to China Mobile’s proposal, it looks likely to delay a commercial launch beyond the MNO’s suggested 2021 launch, with 2022/23 a more realistic time-frame.

Clearly then, there is still some way to go before China Mobile’s proposed ATG network becomes a reality and there is every chance this could be yet another trial that doesn’t ever make the jump to a commercially viable solution. However, the genuine momentum which seems to be building behind this concept makes it difficult to ignore when thinking about the future of IFC in China. All factors point toward this ATG proposal being the one which becomes a reality. Assuming all goes to plan for China Mobile in the next couple of years, we estimate the installed base of ATG in Mainland China will reach approximately 1,300 aircraft by the end of 2028.