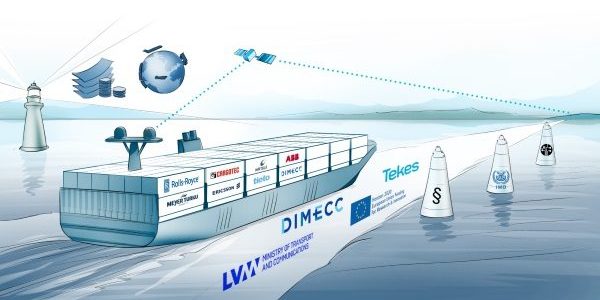 This is all in the future. But what about the future future? Almost all the projects described in the last article, bar one or two, are retrofits of existing vessels. They are the projects of specialist technologically advanced consortia. As the demand for autonomous shipping grips the maritime fleet owners, they will look to the shipyards to incorporate the sensors, controls and communications equipment in their newbuilds.

Larger fleet owners such as Maersk, COSCO, Hapag-Lloyd and MSC will be able to write exacting specifications when they approach a shipyard to build 5 or 10 autonomous vessels. Over 40% of the tonnage of trading vessels in the world consists of dry bulk carriers which are ideal for automisation, as are the 28% that are oil tankers and the 13% that are container ships. CSIC, Mitsubishi, Hyundai, STX and DSME shipyards will have the resources and be happy to comply with the requirements of the heavy hitters in the Merchant Navy.

Smaller fleet operators, say, with less than ten vessels, who order ships individually, will expect the shipyard to supply the automisation. The Korean and Singaporean yards already have smart ship projects underway, as do Mitsubishi in Japan. Yards in China, other yards in Japan and elsewhere will have to bring in expertise. Hyundai’s collaboration with Accenture to develop OceanLink is described as a ‘smart ship’ platform for the shipbuilding, shipping, and onshore-logistics sectors. Daewoo (DSME) shipyard has received Approval in Principle (AiP) from Lloyd’s Register for its collaboration with Korean marine system experts, marineworks, who use KVH communication systems for its smart ship solution (DS4) for new container ships.

Without completely destroying the romance, it is possible to describe a merchant ship as a big box with a large engine driving the propeller. To look after the engine, there is an engine control room into which all the parameters of the engine and ancillary equipment are fed and where activities can be scheduled to keep everything running in a tickety-boo fashion. To keep the ship heading in the right direction, there is a bridge or navigation control room somewhere up high where the helmsman can see the horizon.

Experience with drones has suggested that there is no need for the pilot to sit at the sharp end of a plane but can operate his vehicle from the comfort of his armchair in Texas. In the same way, the chief engineer need not man the engine control room aboard his ship nor the skipper pace the bridge. The major difference between a drone and a cargo ship is the sheer volume of data. Even in the most basic of cargo ships there will be hundreds of sensors on the engines and ancillary equipment plus CCTV, fire alarms, gas detectors, stress measurements, safety systems etc. The bridge will be equally bedecked with data points and all these are connected by tens of miles of wiring. 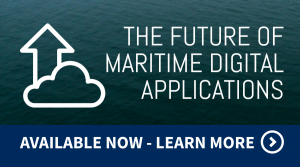 Admittedly the vast majority of data travelling these wires does not need to be transmitted instantaneously to any remote control room. Warnings, alarms and requests for action do need to be addressed in short order and there are plenty of these, even in the most well-maintained and efficient of ships. It may be considered that artificial intelligence (AI) can sort through these and deal with the most routine. Technically competent engineers and seamen who have not only the knowledge and experience to understand the potential problems and understand the coding needed to deal with this, in AI, are relatively rare. For this reason alone, progress needs to be considerate and systems commissioned to deal with failure and not just to comply with rules and specifications.

Typically a smart ship system can be described as an array of modules each designed to do the job once done by seamen. The accumulated data derived from the observations, decisions and actions of these pseudo-cyber-seamen modules can amount to Terabytes per hour. If live-streaming CCTV is added, there is going to be a need for a large amount of communication capacity.

And then there is the problem of the communication infrastructure – Low Earth Orbit (LEO) arrays such as Iridium, OneWeb, LeoSat, O3b and Elon Musk’s Starlink promise the potential of significant data transfer. Indeed, Samsung published a paper in 2015 proposal suggesting the provision of a Zetabyte/month capacity which is equivalent to 200GB/month for 5 Billion users worldwide. The problem for such a proposal is underutilisation. Such satellites orbit the earth every two hours and, of that, spend about one third over populated areas where they are used fully.

Geostationary arrays, such as Inmarsat, Intelsat and Echostar, and Medium Earth orbit arrays such as Galileo, GPS and GLONASS are positioned for populous areas but also have spare time on their antennae. To fully utilise these arrays, there needs to be users around the globe and the oceans have a relative dearth of need.

A quick look at marine traffic (www.marinetraffic.com) on an unremarkable Sunday 21st July 2019 shows that there are over 200,000 marine vessels large enough to be fitted with an AIS tracker sailing the oceans blue. All of these are currently being tracked by satellite. Admittedly they don’t send a lot of data back home, just enough for tracking purposes. If they were all smart or smartish, then there is a need for a large data pipeline back to headquarters.

The serendipitous, or not so serendipitous, advancement of autonomous shipping and satellite communication has potentially many benefits – cheaper trade, safer ships (it is estimated that 75 to 96% of shipping accidents involve human error), less pollution, greater fuel efficiency – one research project by MUNIN (Maritime Unmanned Navigation through Intelligence in Networks) predicted savings of over $7m over a 25-year period per autonomous vessel in fuel consumption and crew supplies and salaries.

Of course, there are downsides, for instance, a large initial capital expenditure in technology, not only for the ship itself, but also of onshore operations to monitor fleet movements. There is also the danger that occurs during in any transition between current manned marine fleet and any unmanned vessel. A lack of crew will also make maintenance of moving parts incredibly difficult on long voyages and breakdowns could result in significant delays.

Something that is scantly regarded is the removal of benefit of international inter-reaction. Each of these ships will have crews of international origin. This is estimated at 1,647,500 seafarers, of which 774,000 are officers and 873,500 are ratings. China, the Philippines, Indonesia, the Russian Federation and Ukraine are the five largest nationalities of all seafarers (officers and ratings). The Philippines is the biggest supplier of ratings, followed by China, Indonesia, the Russian Federation and Ukraine. While China is the biggest supplier of officers, followed by the Philippines, India, Indonesia and the Russian Federation. These crews rub along quite well generally, and as one who has spent some time at sea, the writer can state that one of the great pleasures of sea-time (and one of the great annoyances) is inter-reacting with all the foreign crew members and learning about their culture and cuisine.

However autonomous shipping is steaming over the horizon and it must be welcomed into port if our general prosperity is to increase. The really interesting time comes after autonomous shipping when AI takes over the logistics and trading, assessing cargo prices and starts re-routing ships to maximise profit.