Time to Get Your Assets in Gear 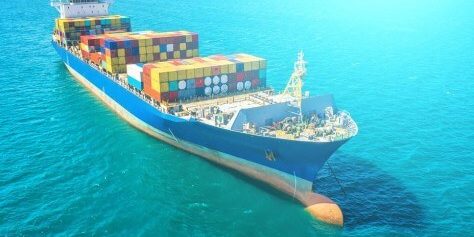 For some time, the maritime and offshore industry has been dipping its toe into the potential benefit pool of remote monitoring, predictive maintenance and reliability surveillance of its remote assets. This is the result of two threads of development; one coming from deep water inshore and one going from inshore towards deep water.

Almost all modern international and coastal shipping uses sophisticated engine monitoring and control systems as supplied by the engine manufacturer (normally required as any part of a performance guarantee).

The reason these are mentioned is that the age of the “Smart Ship” has been creeping towards us for several decades. Various pieces of a ship’s operation have been under stand-alone microprocessor control and monitoring for some time – the engine, fire suppression, air-conditioning and, even to a certain extent, navigation and bridge control.

Largely, as a result of the needs of the deep-water offshore oil exploration vessels that work in waters of such depths that anchorage is not possible, these independent systems have been brought together as suites of allied programmes or applications that report to a supervisory program which controls their performance and the vessel behaviour according to parameters given it and reports any malfunctions or warnings to the marine and engineering crew. These have developed sufficiently that when danger threatens, such as a major hurricane, the crews are taken ashore and the deep-water vessels are left under autonomic control. The big names here are Kongsberg, GE Power Conversion (previously Converteam), Siemens, Wärtsilä and ABB (Ability Marine Pilot Vision.)

Meanwhile, in the duck pond, the boat model enthusiasts have been quietly expanding their repertoire of tricks. From model battleships on park lakes to surface and underwater drones, control systems have been quietly developing into sophisticated algorithms that allow virtually independent operation or, at least, remote monitoring, control and operation. Some purveyors of smaller systems are Reygar Marine (BareFleet), MINSHIP (using DNV GL’s software) and SERTICA.

In May 2018, the senior technical body of the International Maritime Organization (IMO) – the Marine Safety Committee (MSC) defined a ‘Maritime Autonomous Surface Ship (MASS)’ as a ship, which to a varying degree, can operate independently of human interaction. It enlisted several non-hierarchical degrees of autonomy that a ship could have for the duration of a single voyage as:

Degree one: Ship with automated processes and decision support. Seafarers are on board to operate and control shipboard systems and functions. Some operations may be automated and at times be unsupervised, but with seafarers on board ready to take control.

Degree two: Remotely controlled ship with seafarers on board. The ship is controlled and operated from another location. Seafarers are available on board to take control and to operate the shipboard systems and functions.

Degree three: Remotely controlled ship without seafarers on board. The ship is controlled and operated from another location.

Degree four: Fully autonomous ship. The operating system of the ship is able to make decisions and determine actions by itself.

According to Wärtsilä’s Vice President, Vladimir Ponomarev “Autonomous shipping will continue to evolve over the next 15–30 years. In the future, ship traffic control will move to the shore and a standardised framework very similar to what we have in aviation today will likely be established. This level of co-ordination will be needed in maritime. Planes are almost fully controlled by auto-pilot and in this sense, they are autonomous despite the fact that they still have crew on board to balance the risks in emergency cases. We cannot fully eliminate the human factor at sea, that’s not the objective either, but I do foresee a similar future for shipping,”

Although deep-water drillships and semi-submersibles are capable of autonomous station keeping during dangerous weather, the maritime industry has not yet made the leap to full autonomy. This will most probably occur not from offshore to coastal shipping but in exactly the opposite direction.

There are already two autonomous ferries. Wärtsilä tested the 85m Folgefonn, a car ferry, in November 2108, under full autonomous operation, with no human intervention, visiting three different ports in Norway.

In December 2018, Rolls Royce demonstrated the 54m Finferries ferry Falco near Turku in Finland. This is a 1993 vessel retro-fitted with SVAN (Safer Vessel with Autonomous Navigation). This is part of its Advanced Autonomous Waterborne Applications (AAWA) project. They are working on an unmanned cargo ship which will be driven from the shore. Their goal is to let this ship sail in 2020. Rolls-Royce, now owned by Kongsberg, works with several maritime companies, such as Deltamarin, DNV GL, Brighthouse NAPA and Inmarsat.

Harbour tugs are clearly ripe candidates for autonomous control. Any pilot or Harbour Master that can control his tugs directly would have a tremendous advantage over traditional docking arrangements. This why Singapore’s Marine and Port Authority (MPA) is embarking on five autonomous shipping projects aimed at future-proofing operations at its busy transhipment port.

It collaborating with with PACC Offshore Services Holdings (POSH), M1 (a Singaporean telecommunications provider), and the classification society the American Bureau of Shipping (ABS) to convert an existing manned tugboat to a smart autonomous vessel.

It is co-funding another project with Wärtsilä, pilotage services provider PSA Marine and the Technology Centre for Offshore and Marine Singapore to develop of a smart tug – IntelliTug. PSA Marine tug operations perform over 90,000 towage jobs a year and are an important lifeline for Singapore.

Keppel Singmarine, a subsidiary of Keppel Offshore & Marine, has secured a grant of Singaporean $2m ($1.5m US) to develop of an autonomous tug to be operated by Keppel Smit Towage. It involves retrofitting a 65-tonne tug with advanced systems such as position manoeuvring, digital pilot vision, collision detection ad avoidance. There will be an onshore command centre to remotely control the tug using the 4.5G network set up by M1. Interestingly it involves the development of a digital twin of the tug to simulate vessel behaviour in various scenarios and optimise vessel operations.

It is co-funding an autonomous flotsam clearing vessel.

By far the most ambitious project involves an ocean-going car carrier operated by Mitsui. This project calls on ST Engineering, a Singapore-listed yard operating conglomerate, to develop and install perception and navigation modules on board the Singapore-flagged vessel which is capable of ferrying 8,000 cars. Lloyd’s Register will lend its expertise on assurance, certification and regulation as well as approval of systems for the application of autonomous shipping technology on the vessel. The project will see the carrier navigate routes through the busiest waterways and shipping lanes, including the Suez Canal, Panama Canal, the Straits of Malacca and Singapore. Mitsui have already demonstrated virtual auto-berthing and un-berthing and plan a practical demonstration this year.

In a separate development in Norway, fertilizer producer Yara and maritime technology firm Kongsberg Gruppe are working on a project to build the world’s first autonomous ship: Yara Birkeland. In 2018, the vessel was tested with a captain and a small crew with the goal to have the ship fully autonomous in 2020. Yara Birkeland will be the world’s first fully electric and autonomous container ship, with zero emissions. With this vessel, Yara will reduce diesel-powered truck haulage by 40,000 journeys a year.

Industry experts speculate that most degrees of tug automation is 5 to 10 years away but Valour Consultancy suspects that 2 to 3 years is a more likely scenario barring severe recessions or war. Integrated Automation Systems (IAS) are almost upon us and the increasing availability of world-wide 4G-5G communication is an integral part of the recipe. Communication providers such as Inmarsat and KVH are at the forefront of providing this facility. In particular, Kongsberg Digital plans to utilize KVH Watch IoT Connectivity as a Service in their digitalization product portfolio. It will feature two modes: Watch Flow, for 24/7, machine-to-machine data delivery compatible with major IoT ecosystems such as Kognifai; and Watch Intervention, for on-demand high-speed sessions for face-to-face support and remote equipment access.