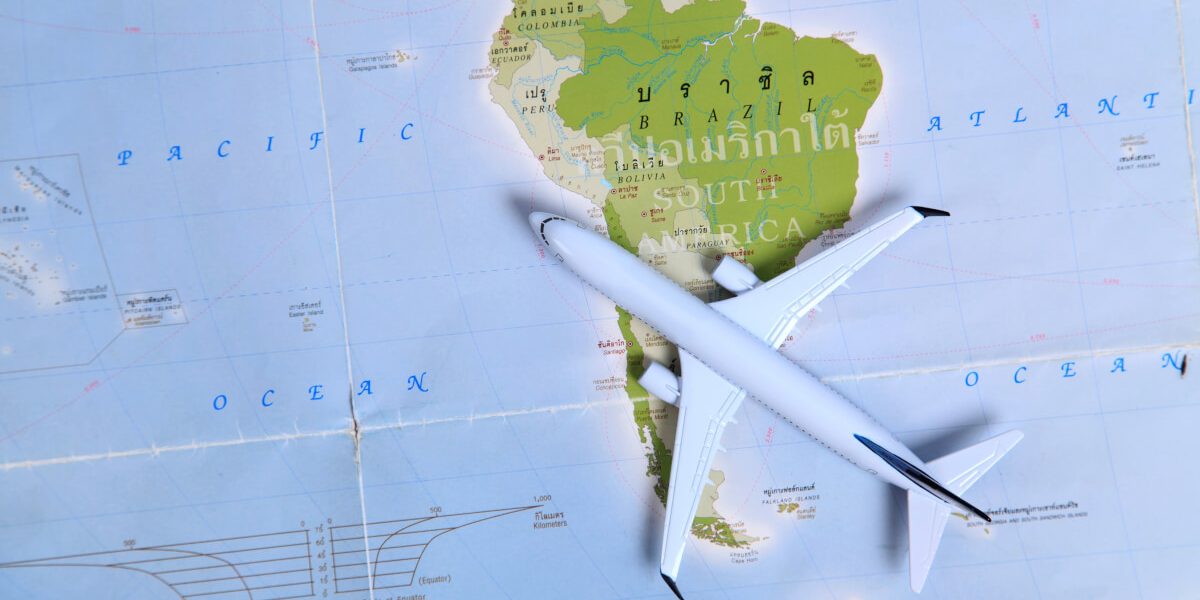 Having lived and worked in Peru for a couple of years, I try to take a keen interest in all things Latin America. This is especially so when it comes to researching the market for in-flight Internet and mobile phone services and breaking down our stats on connected aircraft by geography as I frequently do. As we remarked in our December 2014 blog post, adoption of in-flight connectivity in Latin America lags some way behind other regions. Back then, TAM Airlines (now known as LATAM Airlines Brasil following the merger of TAM and LAN) was the only carrier in the region to have deployed any type of IFC. The SITAONAIR-powered L-band cellular system installed on 31 Airbus A320 aircraft was, however, de-activated last year. Since that blog was written, activity in this part of the world has been hotting up with a couple of operators having now played their cards.

First up was Gol Linhas Aéreas Inteligentes (GOL). The Brazilian low-cost-carrier announced in June 2015 that it would be fitting Gogo’s 2Ku connectivity on all of its aircraft. The first – a Boeing 737-800 – was installed at the beginning of this month. The remaining 135 in the fleet (a mixture of 737-700s, and 737-800s) are due to be kitted out over the next year or so. And just this week, it has been announced that Avianca Brasil is to follow GOL’s lead and deploy Ku-band connectivity from Gogo rival, Global Eagle Entertainment (GEE).

Again, this deal is for fleet-wide equipage. The only difference being that Avianca Brasil operates fewer aircraft (Planespotters.net puts the number at 46 currently). The carrier does have a significant number of planes on order though, including 62 from the Airbus A320neo family. In its second quarter earnings call earlier this week, GEE confirmed it is in discussions to secure a contract for these new aircraft and that there also exists an opportunity to win the business of those operated by the larger Avianca entity headquartered in Colombia. Installations on Avianca Brasil’s in-service aircraft are slated to begin in the autumn.

So what of the other airlines in the region? LATAM has said that it has no plans to offer in-flight Internet in the near-term. At least not on its short-haul fleet, which has been retrofitted with the “RAVE Wireless” content streaming system from Zodiac Inflight Innovations (Zii). Whether that view changes in light of recent announcements remains to be seen. Aerolineas Argentinas and Boliviana De Aviacion have teamed up with Panasonic Avionics to install the eXW wireless in-flight entertainment (W-IFE) solution on select aircraft and may opt to add Internet capabilities at a later date. Other large carriers in Latin America, and I’m thinking of Copa Airlines and Azul Linhas Aéreas Brasileiras, in particular, have yet to reveal any sort of connectivity strategy, although some of the smaller ones have. Air Caraibes, for example, is set to install both W-IFE (from Display Interactive) and GX Aviation Ka-band connectivity from Thales on six new A350s currently on order.

Adopting IFC can be the difference between attracting an additional paying passenger and not. According to a recent survey carried out by Honeywell, almost three-quarters of passengers say they are ready to switch carriers to have access to a faster, more reliable Internet connection while airborne. Now that a couple of key players have made their moves, the proverbial dominoes can be expected to fall. Indeed, the building blocks are moving into place with satellite capacity in the region being continually expanded. According to GEE, EMC’s existing satellite contracts over South America were instrumental in securing the business of Avianca Brasil. And further high-capacity coverage is being added all the time: Intelsat 29e – the first of seven Intelsat EpicNG birds – launched in January and SES-10 is due to blast-off later in the year.

By 2025, Valour Consultancy expects there to be 846 aircraft in Central and South America with IFC. This is equivalent to a penetration rate of about 38 per cent at that point in time. Our new report, “The Future of In-Flight Connectivity” delves deeply into the IFC market, providing forecasts for connected aircraft by type of connectivity (Wi-Fi, cellular and a combination of the two), fitment type (retrofit and line-fit), aircraft type (narrow-body, wide-body, regional jet) and geographic region (Asia-Pacific, China, Western Europe, Central & Eastern Europe, Africa, Middle East, North America, Central & South America). Aeromexico, which is installing different technologies from Panasonic Avionics and Gogo, contributes to North America’s installed base as far as Valour Consultancy’s analysis is concerned.