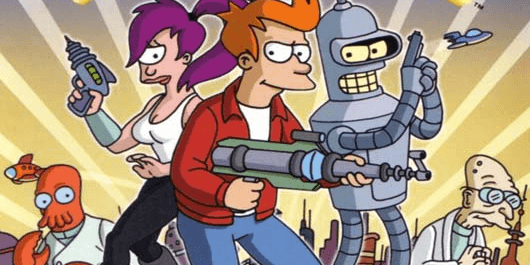 I recently came across an article informing me that the technology industry market value had overtaken the finance and energy industries. It stated the technology sector is worth $3.0 billion, business to consumer finance sector $2.7 billion, and consumer goods sector $2.6 billion.

We can take snapshots from history and look at what have inspired investors to part with their money. In 1955, the three most valuable companies in the US were General Motors, Exxon Mobil and US Steel. Big oil and cars remain the biggest companies for the next three decades but steel slowly fades away to be replaced by shopping giant Walmart while all the top tech companies are gradually creeping up the list. What is notable about the tech companies is the market fluctuation depending on the success or failure of their latest product offering – not really a problem suffered by Big Oil or even by the financial giants such as the Banks of China

All this is small fry when compared with the private wealth held by the Rothchilds or the Rockefellers but their holdings are diverse and they influence are lives in a different way.

Drifting back to the purpose of this piece, it is quite easy, in my opinion, to see how technology has become omnipresent in our lives today.

Enterprise and consumer technologies and work practices have changed incredibly in the last eight years. Mobile computing has enable companies to adopt a remote working culture for a large chunk of their employees.

Even better for employees, workers no longer need to confine themselves to crammed working conditions in cities or towns around the country.

We no longer need to travel extensively for informal meetings and simply can have a telephone conference using such platforms as Skype. This obviously reducing traffic congestion, air pollution and also saves time and traveling costs.

Smartphones, such as Apple’s iPhone, play a role of paramount importance in our lives. From tracking the minutes of walking, exercise activity, to the number of steps we have taken upon this planet. Maybe Tim Peake, the British Astronaut, could argue against that former point.

Mobile operating systems like Apple’s iOS or Android’s Play enable us to access a plethora of services that only the bulky heavy Yellow Pages could hope to almost rival. Additionally, the device apps allow us to access to the daily news, information on hobbies, search references and even express ourselves and listen to others on social media. And this does not include the initial purpose of a phone, to simply call and message people.

Technology has empowered our generation. However, this is not all.

These companies are also heavily involved in other new initiatives that will revolutionise our lives further.

In less than five years, we will witness the legal licensing of driverless cars. Last year, I spent over £2,300 on Uber taxis. Four years of my taxi outlay would easily cover the cost of me purchasing a car with driverless capabilities.

We will see a far greater deployment of commercial unmanned aerial vehicles. Delivering our goods, undertaking engineering and service checks, and augmenting the offerings of many other businesses.

Also, the era of self-automated robotics has started; we will foresee the elimination of menial and laborious tasks taken over by robots. This will enable people to be much more flexible and freer to undertake other activities and progress further. We will see technology companies account for the majority of large corporate giants around the world.

The world is becoming much more transparent, and free flowing in ideas. Technology will provide the backbone for tracking the small details, allowing us to focus on bigger matters. A good example would be the adoption of body-worn cameras could eventually lead to police officers not having to write down a demanding report at the end of their shifts. The video footage and some commentary, from the officers, would suffice.

Of course, this is all surface decoration and could disappear overnight if the economic fundamentals are not there. A huge economic crash and the resulting social unrest, even war, could destroy our dreams and the tools we have to realise them. We live comfortable wired lives at the moment. We must make every effort to keep them.