With New LCC Announcements Set to Come, Wireless IFE Remains Robust in the Face of COVID 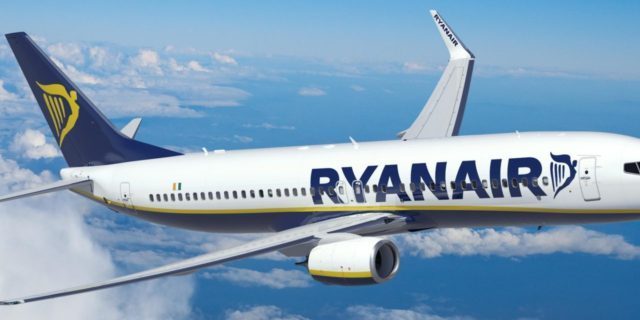 One of the first questions we were asked once the enormity of the COVID-19 situation became apparent was its likely impact on the in-flight entertainment (IFE) industry. Indeed, one of the messages we received from a well-respected name in the industry back in March was that he suspected “traditional IFE would not bounce back”. At that time, it was not hard to see why. So, is wireless IFE the future?

Throughout the travel continuum, there is an obvious reluctance for people to interact with touchscreens of any kind, be they installed in the seatback or situated on a kiosk in the airport check-in area. In fact, the decision has, in some cases, been taken out of the hands of passengers and airlines alike. India’s Ministry of Civil Aviation, for example, suspended the use of seatback displays as a health and safety measure to limit the spread of the virus.

Then there are the not insignificant costs associated with content acquisition and maintenance, which have already compelled financially squeezed airlines to switch off systems and in some cases, I’m sure, think twice about whether they want to install the technology in future. Additionally, seatback IFE is inextricably tied to the hugely impacted wide-body market – almost every one of these aircraft is delivered with an embedded system fitted at the factory and this has been the case for years now. To put this into perspective, a total of 76 twin-aisle aircraft (excluding freighters and so-called bizliners) were delivered by Airbus and Boeing between the start of this year and August 31st. In the same period last year, the number was 212. That’s a 64 per cent reduction in the number of aircraft that would normally make up a sizeable portion of the seatback IFE market.

Sadly, the prospects for wide-bodies in the short- to medium term don’t look all that rosy either. According to our own internal forecast, deliveries won’t return to pre-pandemic levels until around 2026. We must also consider that the attach rate for seatback IFE on narrow-bodies has been falling for a while now. There have been several recent high profile examples where carriers – particularly in North America where adoption of seatback IFE in the single aisle market has always been higher – have opted against fitting these systems on their newest aircraft. In 2019, the attach rate stood at just under 26 per cent and we expect this to fall to 13 per cent by 2030. The decline would be even more pronounced were it not for the forthcoming arrival of long range single aisle aircraft like the Airbus A321XLR (and any rival Boeing might bring out in the next few years), which will doubtless be equipped with wide-body-esque amenities.

Enter wireless IFE (W-IFE), which has exhibited remarkable growth in recent years, and which looks set to continue on this trajectory from here on in. Why? Two reasons: First, W-IFE costs a lot less than seatback IFE – an extremely important consideration in these unprecedented times. In fact, we estimate that the average cost per seat for W-IFE (both fixed and portable) was about $381 in 2019. The equivalent figure for seatback IFE was just over $6,000. And it’s getting less expensive too thanks to a frankly insane number of vendors vying for a slice of the pie and with new entrants joining the party all the time. VuLiv and GoMedia being the two most recent examples.

Second, W-IFE, by its very nature, means using your own device, which is undeniably preferable to touching a screen many others have come into contact with previously. In the interests of balance, cleaning regimes have been stepped up a notch since the pandemic was declared and our expectation is that the PED will become the de-facto control device for seatback systems in future. Furthermore, hardware development has arguably reached its zenith and rapid commoditisation will ensure that the cost per seat of seatback IFE will fall hugely over the next few years. As airline balance sheets improve, its current unattractiveness will somewhat reverse.

W-IFE also provides the foundation for airlines to exit the stone age, radically transform their operations and exploit much-needed new ancillary revenue opportunities. With paper based menu cards and the in-flight magazine now a thing of the past, the “E” in “IFE” is rapidly becoming less about entertainment in the traditional sense of the word and more about maximising engagement with passengers. We need only look to Ryanair as an example. The notoriously cost-conscious LCC is set to launch a new wireless IFE solution next month on 50 aircraft and a key part of the proposition is a touchless shopping experience for food, beverages and other goods and services. The platform will also support targeted and measurable advertising based initially on the passenger’s language, the origin and destination of flights and the content viewed. My spies tell me that other well-known LCCs in Europe and Asia will announce that they are launching similar solutions before the end of this year, while many airlines that have already adopted W-IFE will also enable digital buy-on-board in the very near future.

What does all this mean in numerical terms? Well, we think that 2020 will end up seeing just over 1,100 installations of wireless IFE. This represents a decline of about 19 per cent year-on-year – a quite remarkable feat given the utter devastation the virus has wreaked upon the industry. In addition to those set to reveal their hands before the year is out, airlines new to the world of W-IFE that have commenced (or significantly expanded) rollouts include: Spicejet, the IAG Group and Lion Air Group. Combined, this activity will see the W-IFE installed base grow to 8,261 – up from 7,975 in 2019. The eagle-eyed amongst you will note that last year’s installed base plus this year’s expected installs does not equal the projected installed based for 2020. And that’s because there were a large number of systems deducted from the total due to aircraft retirements and de-installations. By 2030, we believe that the number of aircraft with a W-IFE system will grow to exceed 21,000.

Given the evidence before us, it would be quite easy to agree with the industry contact mentioned at the beginning of this blog and declare that seatback systems have finally entered into a terminal decline after previous reports of its death were greatly exaggerated. That is not the view we’d take, however. Airlines will increasingly move towards ensuring passengers encounter multiple transient hardware interfaces on longer journeys, each supported by cloud services and enabling a hyper-personalised lifestyle experience. The passenger PED will become the continuity and comfort display, or the companion that connects their entire journey. The IFE screen will become secondary in value and the conduit through which all manner of traditional and non-traditional content – consistent with the airlines’ brand positioning and passenger preferences – will be displayed. In short, an enabler of services. Seatback IFE is still not dead, therefore, it will just be reborn under a different guise.