What does Inmarsat ELERA mean for Business Aviation? 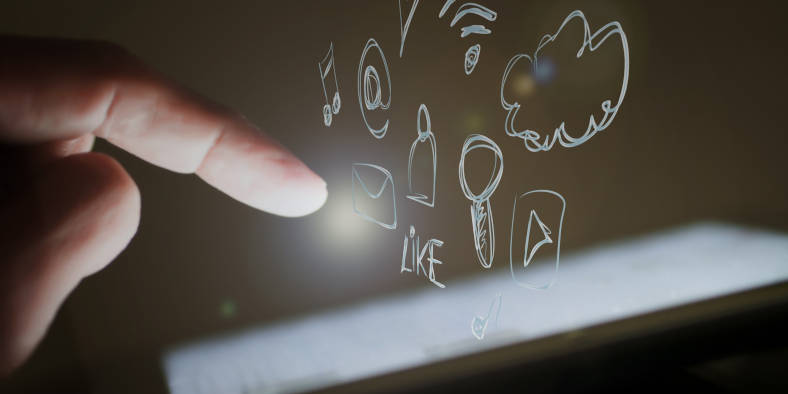 Following on from its unveiling of ORCHESTRA a couple of weeks ago, Inmarsat yesterday revealed a key component of the new multi-layer solution, an enhanced L-band network called ELERA. Given its heavy focus on Ka-band over the last few years and the fact that ORCHESTRA also represents the firm’s first move into the low-earth orbit (LEO) satellite space, the news may come as a surprise to many. However, after following the business aviation connectivity market very closely over the last couple of years, ELERA is absolutely not unexpected. Here’s why. 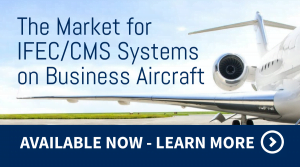 Firstly, Inmarsat has a dominant position in the market for cockpit safety services, powering the ability of more than 13,000 aircraft to make position reports every single day. With the first aviation grade terminals for Iridium Certus imminent, ELERA represents a sensible move to defend this position. Not least because Certus is expected to prove popular as a low-cost alternative with smaller (compared to legacy Inmarsat L-band) hardware and a path towards providing up to 1.4 Mbps of bandwidth. ELERA goes one step further, promising to use new spectrum management capabilities known as “Carrier Aggregation” to deliver speeds of up to 1.7 Mbps, whilst also utilising its own smaller, low-cost user terminals.

However, ELERA is also sure to be a strategic move aimed at consolidating and even expanding Inmarsat’s share of connected business aviation aircraft. Today, the company has about 3,500 business jets using SwiftBroadband (SBB) L-band connectivity and somewhere in the region of 1,000 using the newer Jet ConneX (JX) Ka-band solution. Of those roughly 4,500 aircraft (the actual total will be somewhat lower given that larger jets are often equipped with multiple connectivity systems), about 85% fall into the large cabin or above category. This means that Inmarsat currently addresses a tiny fraction of the mid- to light jet segments, as well as zero turboprops. Combined, these smaller aircraft account for more than 80% of the total global business aviation fleet.

Additionally, the last few years have seen Inmarsat come under increasing pressure from competing satellite operators in the larger jet segments. The likes of SES (with Collins Aerospace) and Intelsat (with Satcom Direct) have brought to market new Ku-band solutions, while Viasat is making strong progress in rolling out its rival Ka-band service. Crucially, these solutions are all utilising slightly smaller hardware allowing them to address more of the super-midsize and midsize markets with high-bandwidth connectivity than has previously been possible. Viasat Ka-band, for example, is a line-fit option on Embraer’s Legacy 450 midsize jet. Airframes suitable for installation of JX, meanwhile, fall almost entirely into the large cabin and bizliner segments (although we did interview a representative of a corporate flight department at NBAA-BACE 2019 who told us that his fleet of Gulfstream G280 super-midsize jets had not long been fitted with the solution).

Growth in JX will doubtless continue over the next few years allowing Inmarsat to capture new, unconnected aircraft and turn many SBB subscribers into JX subscribers (a large number of which will maintain an L-band link as a secondary, back-up option and to facilitate safety services). Inmarsat doesn’t, until the launch of ELERA, have a viable near-term option to address smaller jets. The small form factor (SFF) programme for JX is reportedly still a number of years away, while hopes of using the European Aviation Network (EAN) for business aviation don’t appear to be forthcoming any time soon. Inmarsat had claimed in 2018 that EAN would be rolled out to business jets in 2019 but our understanding is that the regulatory required presence of an S-band antenna is complicating to system architecture on smaller jets where fuselage space is at a premium. Given that the S-band and ATG components cannot be de-coupled, the only real option for Inmarsat on smaller European aircraft is ELERA.

And it’s not just in Europe where ELERA can make its mark. In fact, it’s any region where there is not currently an ATG network in place (ATG being ideally suited to smaller jets, as well as being the perfect complement to satellite connectivity on larger aircraft that also operate over water). In effect, this means anywhere but North America where operators have a veritable smorgasbord of options from which to choose and not one ATG network but soon two, when SmartSky Networks makes its long-awaited entrance later this year. Of course, not all aircraft that cannot be fitted with high-speed Ku- and Ka-band solutions that are also not located within reach of an ATG network will be automatic candidates for L-band connectivity – many of the smallest aircraft may even fly low enough to be able to connect to traditional terrestrial networks. But the opportunity is by no means minute. Of all the world’s business aircraft smaller than a large cabin jet, just under 40% are based outside of North America. That’s 12,154 aircraft, to be precise.

Live customer trials of Inmarsat ELERA in commercial aviation are scheduled to start during the course of 2022 and the technology will be rolled out across a range of sectors over the coming few years. We’d be surprised if ELERA wasn’t being readied as a business aviation option by 2023 or 2024 at the latest. This would give Inmarsat (along with Iridium and its Certus offering) a head start over any other competitor targeting smaller business aircraft outside of North America. This refers mainly to any player with a LEO constellation (including Inmarsat’s own) and flat panel antenna pairing – a combo that has long promised to widen the total addressable market (TAM) for satellite connectivity on aircraft. Such a combo is not expected to come to maturity until at least 2025, however, with the immediate focus sure to be the much more lucrative larger jets. Even then, there are serious questions about whether electronically steerable antennas (ESAs) can ever truly be viable options on the smallest of aircraft. This is a topic we plan to delve into in a subsequent blog. And another that warrants future discussion is the potential emergence of ATG networks in other parts of the world, which would also have an impact on the potential for L-band in these segments.