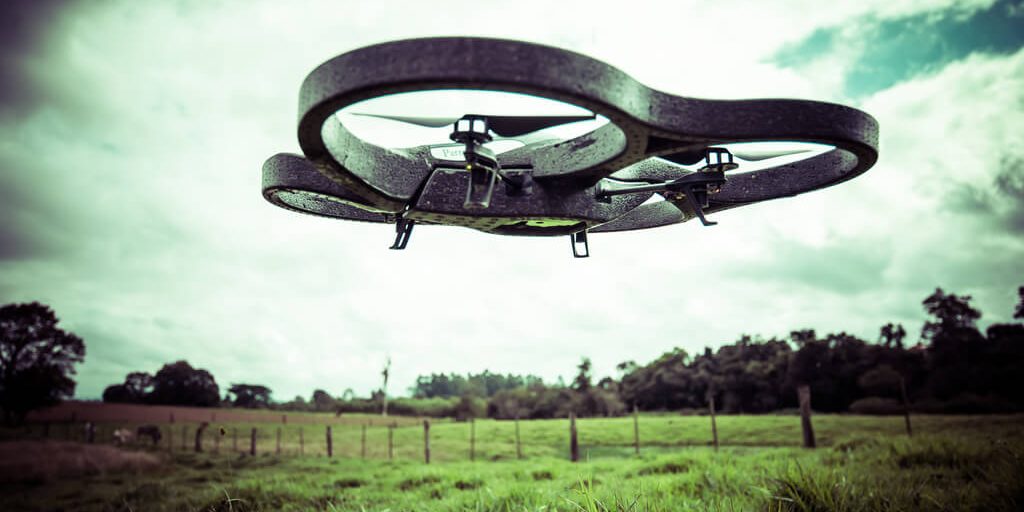 In Valour Consultancy’s leading report on commercial and industrial UAVs and systems, an in-depth qualitative assessment of all the key applications are provided. An extract for the agriculture, forestry and fisheries markets is provided below.

The agricultural sector in Australia, America and Japan was quick to adopt UAV systems for high-value cash crops. Where labour costs are high and margins are relatively low, UAS will always be desirable. Several companies around the world have been offering UAS surveying of high value crops for over 30 years. Computer analytics coupled with sophisticated sensor arrays are creating an industry called precision agriculture allowing plants to be individually assessed and treated for yield limiters without the farmer or his employees having to patrol the hundreds or thousands of acres under seed or grazing. Individually delivered water packages, nutrient management and pest inhibitor packages are already within the capabilities of UAS. In this respect an UAS system may include both fixed wing and multi-rotor for each part of the survey and dosing.

For larger palm oil plantations, coffee, tea, sugar cane, cotton and rubber plantations and cattle stations, legal limitations requiring line-of-sight monitoring and prohibitions on first person view (FPV) while controlling UASs only slightly hamper farm management. Waivers for areas where overflight by manned aircraft at heights below 150m is so rare as to be negligible, would enable tethered dirigibles with signal repeaters to be flown at horizon from a central location increasing the survey area to approximately 7500 square kilometres (five times the area of greater London or four times the area of the biggest ranch in the US but, admittedly, only a third of the area of the biggest cattle station in Australia). UAVs are already being used to muster sheep in New Zealand and Ireland and cattle in Australia. There was even an experiment in 1995 to use a UAV to herd ducks but documentation assessing the success of this trial has not been found.

The line-of-sight limitation particularly inhibits ‘precision forestry’. With deforestation a major issue in both resource depletion and climate change, surveying both primary and secondary forests to allow selective logging of particular trees rather than wholesale clearing is not only wise but becoming imperative. A recent report based on Landsat image data shows that deforestation has increased by 62% in the last decade contrary to old UN reports which suggested a 25% decrease. BioCarbon Engineering, a company based in the UK, has developed a system using UAS to map deforested areas and replant them using UAVs to fire gel-protected seedlings into the ground. This system, industrial reforestation, is vastly faster and more efficient than previous methods requiring intense manual labour and also much more accurate for the seedlings deployment.

UAS are useful in deterring wild fowl and migrating birds from settling in cultivated fields. Blueberries in Australia are one such success story as are goose deterrents in Canada. Swarming UAVs offer greater potential for discouraging large flocks. At the moment, up to 50 UAVs have been controlled as a semi-autonomous swarm. Unfortunately, no UAS has yet been able to deter insect swarms. It may be that scaring insects is not an option and pheromone trails leading insect swarms into the wilderness may be an alternative option.

The least developed use of (and therefore greatest potential for development for) UAS is in aquaculture including fish-farming, seaweed farming and fish stock tracking. Fish farms, prawn farms, shellfish beds and seaweed farms are susceptible to many hazards such as water pollution, predators, rustlers, algae, shipping, and inclement weather. UAS patrols spot many of these potential hazards early allowing proactive management. Indeed, UAS surveys allow optimal harvesting especially in multi-trophic aquaculture (integrated fin fish farms, shellfish beds and seaweed farms). Whether UAS will have sufficient payload to drop buoyed sonic disruptors large enough to discourage predatory fish and birds has yet to be determined.

Tracking of shoaling fish (anchovies and tuna for example) and monitoring illegal fishing are two options for UAS development in the future. Since this work takes place offshore, there is less concern for interference with commercial flights with the exception of helicopter transits to offshore locations.

The major use of UAS to date has been monitoring fishing boats for breaching quotas or pollution. Various national coastguard agencies routinely use UAS inshore and launched from patrolling cutters. Strangely the USA has been remarkably slow in implementing this technology for inshore and offshore surveillance while countries such as India, China, Argentina and Brazil have advanced quickly in adopting UAS for offshore surveillance (not always for peaceful pursuits).

Future use needs to take into account the unregulated (for UAS) international waters.

For more information on “The Future of Commercial and Industrial UAVs”, click on the report title.