Time for the Niche Drone Market to explode 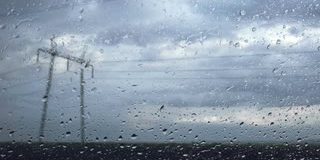 Within the last two years, the number of start-ups of “One Man and his Drone” has increased exponentially. These now number in the tens, if not hundreds, of thousands. It seems if you need a nice picture of your house from the sky or a wedding party featuring the father of the bride’s bald spot, somebody with a drone can be hired to do the job.

The next tranche of drone business development is well underway and Youtube videos of a window-washing drone, a Japanese bridge inspection drone (which looks a bit like a flying bedstead), and, of course, industrial pipeline, power line and plant inspection drones are easily found. All of these drone applications mimic and can undertake tasks previously performed with expensive man-hours at a fraction of the cost.

An interesting variant of these applications is undertaking inspections and monitoring in ways that even an expensive man cannot do or is disinclined to do. It is self-evident that power lines rarely fail, or roofs rarely leak when the sun is shining and the winds are balmy yet this is when most current inspections take place. How much better would it be if roofs could be inspected in high winds and torrential rain and power lines checked during storms?

No such drone exists yet but all the ingredients to make such a workhorse exist if some entrepreneur can assemble these pieces into a fighting unit, demonstrate its feasibility, acquire the correct permissions and experience to fly these missions and show that they can analyse the results and produce a program to deal with the problems. Those people who had hitherto been searching for a better mousetrap will about face and beat a path towards his door.

Inspection and monitoring under duress (IMUD)

If we consider the environmental conditions that contribute to infrastructure failure such as rain storms, high winds, snow storms, sand storms, flammable or toxic gas atmospheres, then we can begin to write a specification for the drone we want to operate in some or all of these conditions. To function in such situations, we need drones that can fly and hold station in high winds, that are waterproof, that are relatively unaffected by temperature, are resistant to abrasion and are unaffected by the atmospheric composition (and do not generate sparks). Of individual importance are drones that can investigate radiation leaks as this is not a real problem or drones but is quite a problem for animal life including inspectors.

For waterproof drones, there are several manufacturers who have already broached this market including Prodrone in Japan who manufacture heavy duty drones that have payloads of up to 20kg, and are water-resistant with capabilities of flying (but not necessarily station-keeping) in wind speeds of 10m/sec. A Thai company, QuadH2o, produces thoroughly waterproof drones (one model can actually function underwater) and they fly in slightly stronger winds 10.8 m/sec (which equates to a strong breeze) and state in their specifications that they have reasonable station-keeping. The payload is a respectable 2 kg which allows some reasonable jewellery such as GoPro 4 to be hung from it. Whether this is sufficient for detailed monitoring and inspection is questionable. There are several other waterproof drones such as Swellpro’s Splash Drone but this are aimed more at the hobbyist market.

Flying in high winds, much above 8 m/sec (moderate breeze) is generally ill-advised. When confronted with the need to accomplish a difficult engineering task, the first thing to do is to check if nature hasn’t solved the problem already and to copy her. As mentioned in Valour’s Drone report, certain migrating birds have been tracked flying through hurricanes avoiding the great detours required. Undertake a search for ‘the plucky whimbrel’ or ‘whimbrel called Chinquapin’ for more information. However, in general, the success rate for such journeys is low although it does not appear that the bird frame fails, merely its power source. Other seabirds such as the albatross and stormy petrel are famous for sailing across the waves in near gales (17 m/sec). Strangely enough, some very small insects are also able to navigate in relatively high winds as part of their migration strategy but they’ve had 350 million years to develop this technique.

However there are drones that, if not specifically designed for the job, can perform in such arduous conditions. For instance, Aeryon Labs, a Canadian company, produces the Skyranger which can operate in gale winds (18m/sec) with gusts of storm force (25m/sec). Interestingly, the temperature range of operation is from -30°C to +50°C. The drone is not very suitable for snow storms or driving rain as it is only rated to IP53 (not much dust can get into the enclosure and rain from above to an angle of 60° shouldn’t get in either).

Aerialtronics have a useful drone called an Altura Zenith ATX8 that has a payload of 2.9 kg and can operate in winds of 12 m/sec (strong breeze) but is described as suitable for light rain or snowfall only. PSI Tactical Robotics, a Massachusetts company, produces a small self-described all-weather surveillance drone called Instant Eye which can fly in 24.4 m/sec winds (strong gale). While useful for safety and security, its worth as an instrument of inspection is doubtful.

Snow storms are treated a bit like light rain by many drone designers. Aerial Imaging Solutions custom who build drones for environmental explorations in the arctic regions do not appear to have a production model capable of dealing with a full-on snow blizzard. Sand storms are a little more difficult to deal with. The sheer abrasion suffered by mechanical devices can be severe but a DJI Phantom 2 modified by Aerial Media Pros with an Ag Pro Scout flew in a 22m/sec (severe gale sand storm) without too much damage, although the video itself was only a few minutes long.

Flammable and toxic atmospheres and those deficient in oxygen are relatively simple inspections as there are several very light-weight electro-chemical sensors developed for military and security purposes, but these are one-off use devices that must be replaced once the electro-chemical reaction has taken place. Monitoring by drone demands slightly weightier detectors. However the Dutch company Aerialtronics and the German company AirRobot (in cahoots with the Federal Institute for Materials Research and Testing or BAM, an acronym which stands for Bundesanstalt für Materialforschung und –prüfung) have both been able to undertake gas monitoring using drones or micro-drones. What is not clear from their websites is whether these drones are rated to be able to fly in areas where the atmosphere has a sufficient concentration of flammable gas or dust or whether the guidance system will allow them to enter complicated spaces where GPS signals are impossible to receive.

More importantly, it appears that sensor technologies are quickly rising to the challenge of producing sensible sensor arrays using NDIR (Non-dispersive Infra-Red) detectors particularly for exhaust gas emission monitoring which might prove somewhat problematic for the shipping industry. The Californian company, Flycam UAV have mounted a US Nuclear Corporation radiation sensor on their drone to detect radiation leaks. It is clear that the uses for commercial UAVs are only limited by one’s imagination. For more information on Valour Consultancy’s recently published UAV report, please click here.