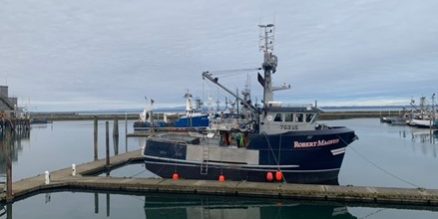 Networking can stem from the unlikeliest of situations. After taking up indoor rowing during the pandemic, maritime analyst Joshua Flood unexpectedly found himself talking shop to a fierce competitor.

In early 2020, the world went into lockdown. Many people sampled a new type of life. A life of contemplation and isolation. We learnt new things and also contemplated regrets/mistakes. My biggest faux par; I should have bought a Concept 2 rowing machine much earlier.

After being on a waiting list for 3 months, my rowing machine (Sheila) finally arrived in June 2020. 10 kilograms or 22 pounds heavier than the start of lockdown, I set upon a regime of various workouts trying to push myself to the “red line”. After eight weeks, I thought I was ready and took part in an online rowing competition called “555”.**

Each week, I completed a workout, entered my score hoping for top spot. Come deadline day, one notable name would appear above me, Peder Thorstenson.

Initially, I thought he was a Scandi warrior from Kattegat, descended from Ragnar Lothbrok (I also watched a lot of Viking TV series over lockdown). After further investigation and quick message over a social media platform, Peder was from Alaska. He was a fisherman, owning two boats. The Robert Magnus and Ruby Grace. In his spare hours, on land or boat, he took part in competitive rowing. Peder came 3rd in the 500m and 4th in the 2km races in World Rowing Indoor championships in 2020. He also came 3rd in the US’s Crash B sprint races in that year (it’s the pinnacle US domestic competition for amateur indoor rower).

Obviously, as maritime connectivity writer, this opportunity was too great to miss. 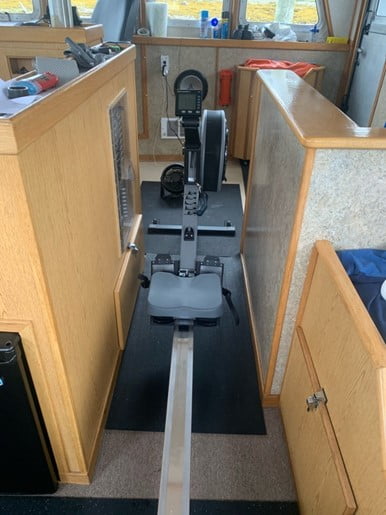 Firstly, the Robert Magnus (pictured top) is a 131 gross tonnage vessel, 17 metres in length and 7m across. I couldn’t find details on Ruby Grace.

Peder typically fishes for Dungeness crab, black cod, halibut and salmon; depending on the time of season. Peder will spend 6 to 7 months at sea over a 12 month period. He actually has an old Concept C model on his bridge (pictured right).

On an average trip, Peder will be at sea for roughly 7 days. In July, the salmon season in Alaska, he could be at sea for 5 weeks straight.

What is scary to me, as our 555 rowing competition was in August and essentially means he beat me with relatively little training in his lungs, legs, back or arms.

What Connectivity is on the Boats? 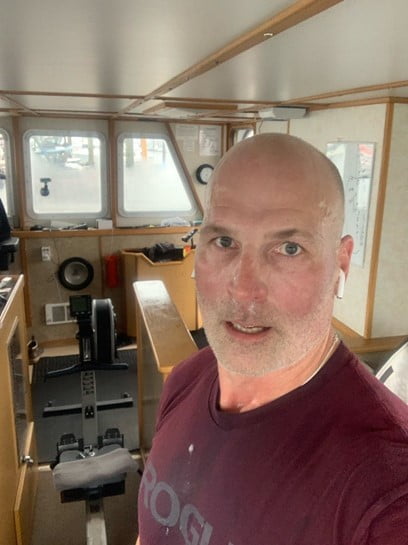 On his boats, they use a technology called Mobile Satellite, in short, an MSAT system on AlaskaNet. The system is on approximately 100 vessels in Sitka harbour (an Alaskan city spread over the Baranof Island. It’s the 6th largest port by value of seafood harvest in the US).

MSAT was developed in Canada, the technology has been around since the 1990s and is commonly used on medium-sized and some smaller fishing vessels in Alaska. This allows private voice communications between vessels and to shore. MSAT systems can cost up to $5,000 for equipment and installation and an unlimited calling plan is around $70 per month.

MSAT systems work with a “push-to-talk” technique like CB radios: hold up a microphone, push the button, talk, sign off, and then let go of the button and listen for the other person.

As Peder says, where there is a will is a way.

**These online rowing competitions have become very popular since lockdown and people can race against each other all over the world. In some competitions, participants can win in excess of $1,000.