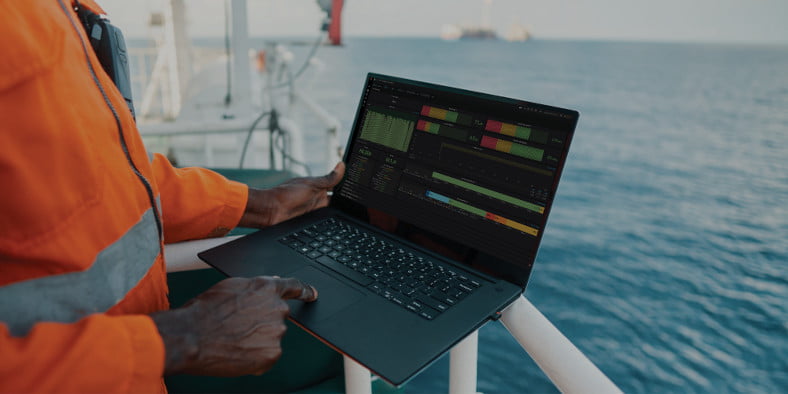 KVH offers a smaller maritime IoT commitment allowing crew communication and data transfer which may be very attractive to small ship fleet owners and individual boat operators. For any larger fleet-wide applications Inmarsat would seem to have the appropriate depth and range. Of Inmarsat’s 40,000 vessels on FX and FBB, we project more 1,000 vessels on its Fleet Data services.

Read this Smart Shipping article in full on LinkedIn here.

What is Smart Shipping? Read our guide here.

From its relatively humble beginnings, KVH generated revenues of US$158.7million in 2020, a small increase on the previous year ($157.9m). The pandemic will have had considerable effect on these figures. There were 639 employees of whom 237, or 37%, approximately were directly involved in supporting technology in positions such as engineers, technicians, or software developers. KVH has offices in USA, Denmark, Singapore, Norway, Japan, Brazil, Germany, Italy, South Africa, India, Philippines and Hong Kong.

Inmarsat started off in 1979 as the International Maritime Satellite Organisation (IMSO), a non-profit intergovernmental organisation created to establish and operate a satellite communications network for maritime use. They were funded by a group of 28 mainly maritime nations. In 1999, the organisation became known as Inmarsat, and funding rose to 86 countries. At this point, the Global Maritime Distress and Safety System (GMDSS) was introduced which allows safety, distress, navigation and weather broadcasts to be sent and received by any vessel. Inmarsat and its array of geostationary orbit satellites took care of GMDSS.

Now, the company owns and operates 14 geostationary satellites designed for customer mobility, and holds a multi-layered, global spectrum portfolio, covering L-band, Ka-band and S-band, enabling unparalleled breadth and diversity in the solutions it provides. There are 11 decommissioned satellites in graveyard orbit. It has a long-established global distribution network including not only the world’s leading channel partners but also its own strong direct retail capabilities, enabling end to end customer service assurance. Inmarsat had total revenues (in 2018) of US$1,465.2 million and net income of US$125.0 million.