Samsung Galaxy Note 7 Woes and the Impact on IFEC 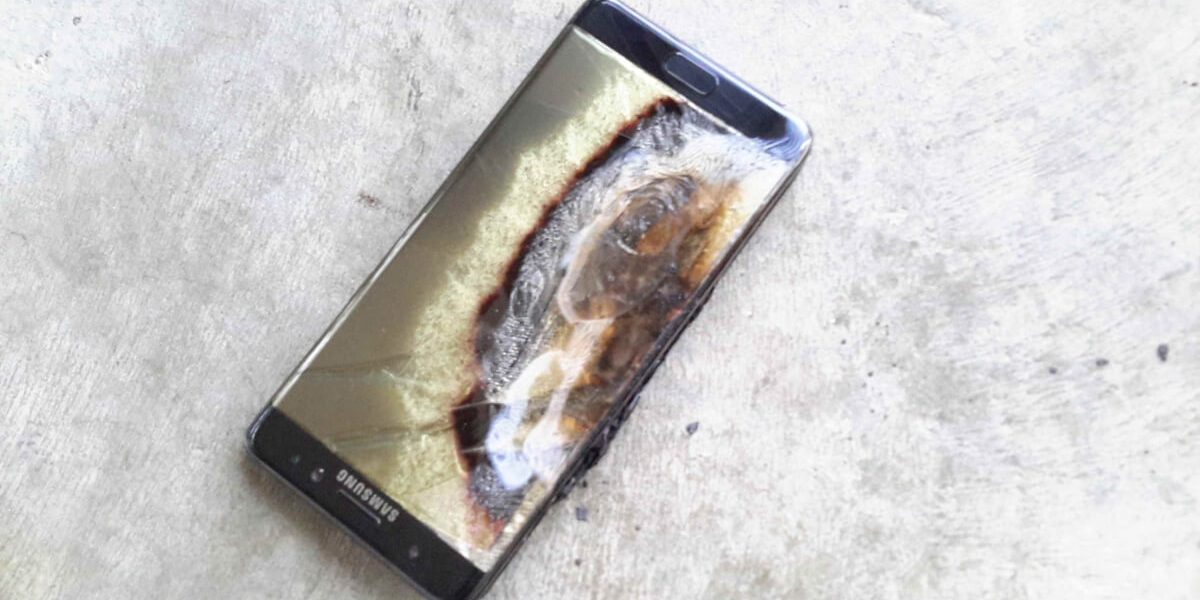 On an Air France flight from Marseille to Paris recently, I couldn’t help but notice a striking addition to the standard safety briefing.

“Ladies and Gentlemen, due to the recent safety issues with Galaxy Note 7 devices, we ask passengers to ensure your device is completely switched off and stored away for the duration of this flight”.

This is perhaps not one of those statements that will cause much alarm for seasoned passengers. Such personal alarm will always be reserved for “brace, brace”. However, behind the polite tone of each air flight attendant that delivers the above statement, is a very nervous airline. And rightly so! The World Wide Web is full of visual evidence backing up the need for the aviation industry to throw everything into ensuring issues do not arise in the air. Indeed, one flight has already had a lucky escape and we’re now seeing requests not just to switch off the plagued smartphone, but to ensure that people don’t travel with it all. Samsung has even opened “swap and drop” booths at major Australian airports where Note 7’s can be traded for the Galaxy S7 Edge.

The U.S. Federal Aviation Administration (FAA) has issued an emergency order to ban all Samsung Galaxy Note 7 smartphone devices from air transportation in the United States and Japan’s transport ministry quickly followed suit. As a result, many airlines across the globe are prohibiting passengers from flying with the device for fear that it may catch fire mid-flight. Such fear has caused Delta Air Lines to accelerate pre-existing plans to fit planes with fire-containment bags. The likes of Alaska Airlines and Virgin America have already adopted the bags, which are capable of sealing up an overheating smartphone or laptop battery.

Following relaxation on the use of personal electronic devices (PEDs) in flight, this issue has brought a very significant con to the table. Any device or object that poses the potential risk of starting a fire onboard an aircraft in flight is something authorities will simply not tolerate. Questions that airlines and others are sure to be asking at this point in time include:

At this point in time, it looks like this particular issue is isolated to one device alone. That’s not to say that other phones haven’t caught fire. They have. Several iPhone owners, for example, have allegedly suffered nasty burns from exploding devices. The exact cause of the Note 7 issue is not known but is said to relate to a sub-optimal assembly process. Fortunately, a combination of the corrective actions by Samsung (i.e. recalling every single Note 7) and the response of the aviation industry seems to have done enough to ensure no device has gone up in flames mid-air.

At Valour Consultancy, we’ve been asked to provide our perspective on where this leaves the in-flight entertainment and connectivity (IFEC) industry. While there is unlikely to be any pushback on the deployment of these solutions because of the issues surrounding the Note 7, it is likely that we will see heightened focus on a particular subset of the market – portable wireless in-flight entertainment (W-IFE).

For a while now, some voices have expressed concern that these battery-powered boxes may also represent a fire hazard, cautioning that companies offering these products are operating in a market that could quickly close up if an incident occurs. Clearly, any energy storage device carries some sort of risk and this applies equally to battery-powered portable W-IFE as it does to laptops and other PEDs. Vendors of these devices have been quick point out that they rigorously test hardware to comply with the Transportable Pressure Equipment Directive (TPED) and other standards as they become adopted.

AirFi, the leading supplier in the portable W-IFE space, has repeatedly stated that the Dutch Aerospace/Defense Laboratory has tested its products and concluded that: “It is not a source of unacceptable interference for the aircraft electronics and therefore can be used onboard aircraft safely”. Additionally, AirFi’s units contain specialised batteries that can cope with air pressure. If a battery is not functioning as it should, the system shuts itself down and stores the information. Others reportedly offer self-extinguishing mechanisms. Even so, there are protocols in place for addressing burning PEDs that all flight attendants are aware of.

Portable W-IFE vendors should not worry too much. None would be in the industry if they brought to market sub-standard devices and we’ll doubtless hear of many new developments in this space at next week’s APEX Expo in Singapore. One thing’s for sure – passengers will find a way to move on and adapt. The word “nomophobia” has entered common parlance and refers to the fear of being out of mobile phone contact (I even saw a t-shirt for sale with the word and its meaning emblazoned across the front yesterday) . Such is the attachment to obtaining the latest and greatest technology, some will already be investigating their next replacement phone as opposed to worrying about the impact their current device could have on a flight.

Valour Consultancy will begin updating its report on W-IFE in 2017. In this new and improved edition, we’ll also take a look at the embedded market to provide an all-encompassing view of the market. Is there a data split or trend that you’d like us to focus on in more detail? If so, do please get in touch to find out more about our participant program, which is a way to shape our report scopes up-front.[/fusion_builder_column][/fusion_builder_row][/fusion_builder_container]