Tracker Update: IFC installed base on the rise, as is Viasat’s market share.

Dan Welch reflects on some of the key headlines to come out of our Q3 2021 IFC quarterly tracker data.

The global IFC installed base increased for the second consecutive quarter, driven by installation activity in North America which is leading the recovery charge – certainly a positive sign. Linked to this, we’re also now seeing the result of Delta’s decision to migrate away from Intelsat connectivity to Viasat reflected in the overall market share table. Plenty to dive into!

Global IFC installed base on the rise

At the end of Q3 2021, the global IFC installed base is estimated to have increased by approximately 120 aircraft quarter-on-quarter, bringing the overall number to just below 9,300. Excluding aircraft that deactivated IFC this quarter or switched services, new installs hit approximately 250 between July and September 2021, which closely aligns with the gross install number for Q2 2021.

For context, quarterly new IFC installs had fallen below 100 in 2020 and whilst we’re still some way below the peaks seen in and around 2018 (peaks we may never see again), the latest figures add further evidence to the narrative that the industry is in the post-pandemic recovery phase.

When diving into the data, the vast majority (almost 60%) of IFC installation activity in Q3 2021 occurred on aircraft originating out of the North America region. It is quite an achievement when we consider North America is comfortably the largest market for IFC with almost two thirds of the commercial active fleet in this part of the world being connected already. 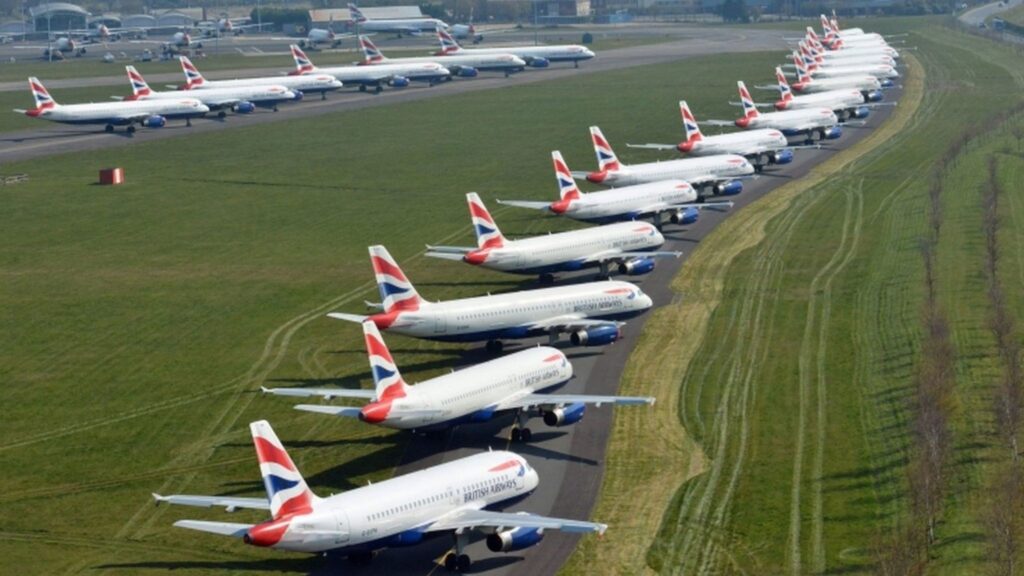 It is no coincidence though when one considers the rate of recovery in domestic operations, notably in the United States, and the role Wi-Fi plays in carriers remaining competitive in a very price sensitive and saturated market.

Data from our partner CH.Aviation shows just 10% of connected aircraft in North America were classified as grounded at the end of Q3 2021, a figure which had peaked at around 40% in the early stages of the pandemic. Elsewhere, we estimate approximately 28% of aircraft with an active IFC service in Europe remained grounded at the end of Q3 2021. In both the Middle East and Asia Pacific, the proportion of connected aircraft still grounded stands at 30%. Continued border restrictions are hindering the recovery of long-haul travel and in turn, the rate at which airlines can bring widebody aircraft out of long-term storage. 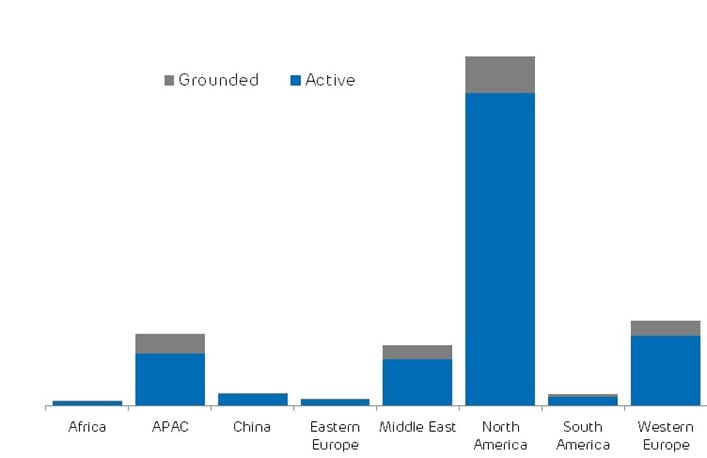 Why does this matter? Put simply, inactive aircraft aren’t generating revenue; for the airline, and in most cases, the IFC service provider too. Most service providers have some exposure to the turnkey or revenue share model which relies on aircraft being in the air to generate revenue. Even where this isn’t the case, it’s reasonable to assume most airlines negotiated a middle ground with service providers seeking financial relief for grounded aircraft. It’s therefore worthwhile tracking grounded aircraft to get a proxy on those service providers most at risk from continued border restrictions.

Based on our analysis, Inmarsat and its value-added resellers continue to be the hardest hit by aircraft groundings, a consequence of having a large share of customers in Europe and Asia. At the other end of the scale, Intelsat, Viasat and Anuvu, all of which have a strong presence in North America, look better placed, in terms of accruing service revenue, with more than 90% of aircraft operating on those networks now active again.

Viasat took the accolade for busiest service provider in Q3 2021, installing its Ka-band hardware on around 150 aircraft. A large proportion of this figure can be attributed to Delta Air Lines, which is now in the process of migrating a chunk of its connected fleet to Viasat.

Whilst Intelsat remains the largest provider with a 30% share of global installations, Viasat’s rapid rate of growth has seen it establish an 18% market share, closing in on the second largest vendor, Panasonic Avionics.

Viasat and the company it is in the process of acquiring, Inmarsat, accounts for more than 60% of aircraft under contract to be installed with IFC in the future; a strong indicator that the consolidation trend we’re seeing now looks here to stay.

We’d welcome your feedback on this blog. It’s more data heavy than our usual posts, but the intention is to make this a regular feature, sharing insight on a quarterly basis. Please contact our team to let us know your thoughts and help us shape our future coverage.

Connect with Valour Consultancy on LinkedIn for our latest insight across the aviation sector. You can subscribe to our monthly email updates for recent developments in in-flight connectivity and other related cabin technologies.