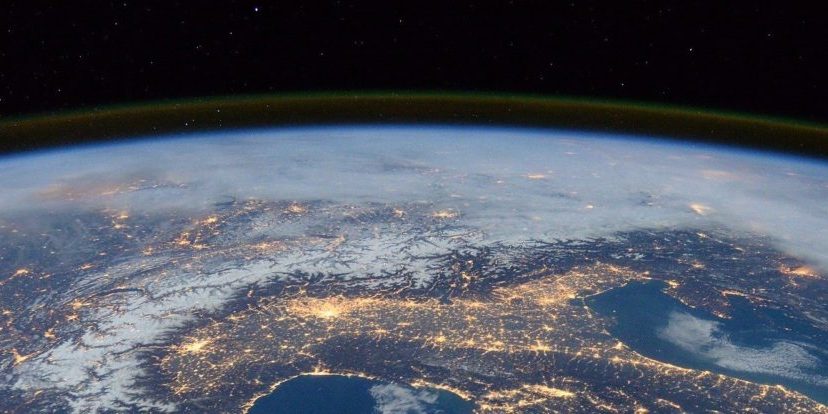 On March 27th 2020, London-based satellite firm, OneWeb filed for Chapter 11 bankruptcy protection in the United States, and in doing so surprised some and merely confirmed what others had seen coming for some time. Much has been written, both pre- and post-bankruptcy, around the challenges associated with making the LEO business model work and, more specifically what was wrong with OneWeb’s approach. This post won’t be adding to that commentary. I’ve instead opted to focus on the potential impact to those involved in the production of the next generation of antennas, which rely heavily on LEO constellations succeeding.

Right now, there is a race (perhaps better labelled a marathon at this point) been run amongst a sizeable number of hardware manufacturers to build a new generation of fully electronically steerable antennas (ESA’s), primarily to bring the best out of NGSO satellite constellations. I respectfully refer to this as a marathon rather than a sprint because developing such a solution has proven costly and complex, and despite years of rhetoric, an ESA which hits all the right notes remains elusive. Having been fortunate enough to meet with a number of the vendors currently developing ESA’s, there can be no doubt the industry is as close as it has ever been to bringing a commercially ready product to market. But there is also still some way to go, and for most, continued development (and ultimately getting a product to market) depends on further investment and agreements, primarily with NGSO operators like OneWeb.

The significance of OneWeb in the context of this story lies mostly in the fact it had progressed as far as actually sending some satellites into orbit. Whilst those in the know will likely shake their heads reading this, OneWeb’s LEO constellation was perceived by many as one of the few that would eventually go on to succeed; perhaps symbolic of how much uncertainty and confusion there is linked to LEO. This “front runner” status and broad target market made OneWeb an attractive target for any ESA manufacturer looking to raise its profile through association. Notable examples include Istropic Systems, which in 2018 announced it was to develop an ultra-low-cost consumer broadband terminal for OneWeb primed for various end-user applications, and US-based Wafer, a company self-funded by OneWeb founder, Greg Wyler, which was reported to be working toward delivering a low-cost ESA for the LEO network this year.

The need to remain relevant in the seemingly inevitable era of LEO isn’t reserved solely for ESA vendors. In March 2020, Intellian and Cobham signed contracts to manufacture “more traditional” parabolic user terminals destined for OneWeb’s prospective enterprise, cellular backhaul, maritime and government clients. OneWeb’s bankruptcy will no doubt have repercussions here too but Intellian and Cobham are arguably better placed to cushion the blow by being able to fall back on existing GEO business segments, most notably maritime connectivity where the two have a combined 70 per cent share of active installed VSAT terminals.

Furthermore, despite what some may say, the current cost and fundamental physics associated with ESA’s dictates that the business case for them falls apart without NGSO constellations. This isn’t to say collaboration between ESA manufacturers and GEO operators is to be disregarded. Inmarsat, Intelsat and Viasat are just three GEO incumbents known to active in the ESA segment today. The former is understood to be keeping a close eye on ESA developments as part of continued enhancements to its GX network, which will include two new payloads in Highly Elliptical Orbit (HEO) from 2022. High up on that list is a collaboration between Safran and Jet-Talk (a joint venture between ST Electronics and Satixfy) which are forging ahead with development of an ARINC 792 compliant ESA that could become the first ESA antenna certified for GX. Intelsat, meanwhile, has brought Kymeta on as a preferred supplier of Communications-on-the-Move (COTM) terminals as part of its FlexMove services.

But the point here is that success will not come by competing with existing antenna technology in the GEO arena alone, especially in fixed terminal market where incumbent technology is more cost effective today. The commercial launch of large-scale LEO constellations that lend themselves to ESA’s are an essential ingredient in the mix. It can be argued that OneWeb’s fall pushes back the already overdue timeframe for a commercially ready LEO constellation becoming active by at least a year or more.

Clearly then, the loss of OneWeb can only be seen as a set-back for those with a stake in the development of ESA’s and the situation is only made worse by the current stance of the other current major player, SpaceX to manufacture terminals in-house. But, as touched upon briefly above, there are positives. In the short term, a small number of solutions will be deployed in GEO mobility applications, specifically the military sector and aviation, where price sensitivity is minimal, reliability is crucial, and discretion is king. There are also other operators still pushing ahead with commitments to build NGSO constellations, most notably; SES with its O3b mPOWER MEO constellation, Amazon (with it Kuiper project), Telesat and China’s proposed Hongyun and Hongyan constellations. There could also yet be a reincarnation of OneWeb that goes on to succeed where v1.0 failed – we’ve seen that before.

But what should become clear is that there is now a greater pressure on ESA manufacturers to build confidence and stand out from the crowd by forging partnerships with GEO, MEO and LEO operators, as well as influential end-users such as government departments. None of which will happen without possessing the technology to back up the rhetoric.

Linked to the above, Isotropic Systems continues to work toward a 2022 launch of its terminal designed for SES’ O3b mPOWER constellation, having been chosen as a preferred supplier, along with ALCAN and Viasat. Similarly, Gilat Satellite Networks and Ball Aerospace are just two of the vendors to carry out ESA demonstrations with Telesat’s Phase 1 LEO satellite. The former performed what is thought to be the first in-flight test of an ESA over a NGSO satellite. Telesat has also doubled down on its intentions to build a LEO constellation of 300 satellites in a March 2020 investor call. Finally, in May 2019 Boeing Phantom Works announced it will deploy its in-house built ESA on new U.S. Navy MQ-25 drones as part of a wider military contract it had won.

OneWeb setback is another web’s gain

In summary, the fall of OneWeb by no means kills off the ESA story. Far from it. But from my point of view, what it does do is both delay the arrival of commercially ready solutions hitting the market and speed up the rate at which manufacturers will drop out of the ESA race. The intensity has been turned up a notch and what we should now see is the cream to rise to the top.