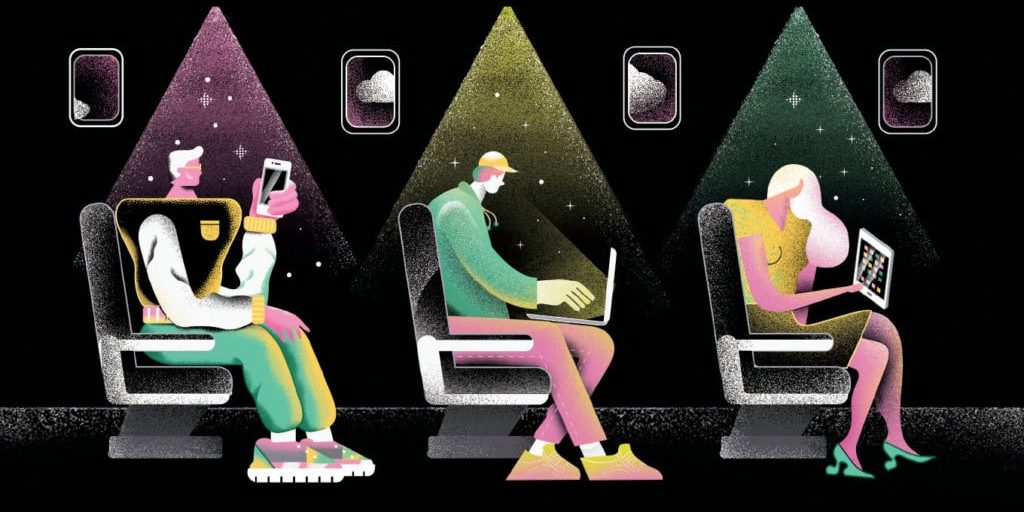 Back in 2015, I sat in a presentation by Harald Haas that explained how a superfast alternative to Wi-Fi could soon be used to enable wireless networking on board aircraft. The session focussed on Li-Fi – a term coined by the professor four years earlier that uses light to transmit data at high speed. However, despite showing considerable promise, Wi-Fi remains by far the most dominant wireless communications technology in use today. So, what does the future hold for Li-Fi in aviation?

Let’s start off with why there’s an appeal in using Li-Fi. First and foremost, the technology is incredibly fast and can deliver multi-Gbps speeds at low latency too. Second, it does not interfere with nearby electronics or radio systems, nor does it compete with Wi-Fi for bandwidth. And third, the ability to send data through visible light could potentially lose a bulk of the weight associated with wired IFEC systems. 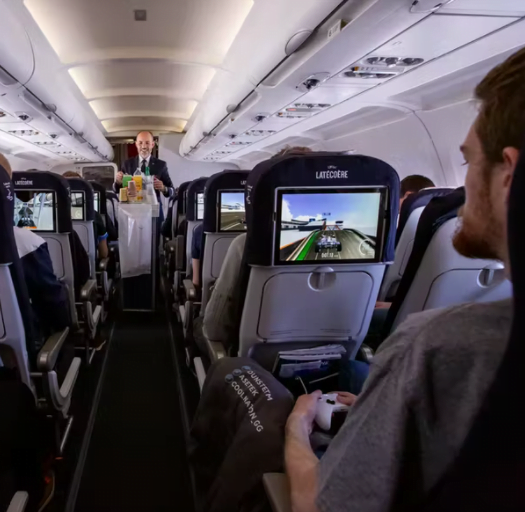 Li-FI was demonstrated on an Air France flight back in 2019 through a gaming competition.

As such, we’ve seen the likes of Astronics and Latecoere position themselves to be the leading providers of on-board Li-Fi. Both companies have demoed the technology in different ways over the last few years and see it less as a replacement for Wi-Fi and more so as something that would work in conjunction with it.

The former, for example, has teamed up with pureLiFi, a firm co-founded by Haas, to develop new concepts for zero touch IFE content loading. And in October 2019, the latter became the first to test Li-Fi onboard a commercial flight when it ran an in-flight video game tournament to showcase the technology’s high bandwidth and low latency capabilities.

More recently, Latecoere has worked with Airbus Corporate Jets and Alpha Star Aviation to develop a multi-technology smart 4K monitor offering Wi-Fi, Bluetooth and Li-Fi connectivity. Alpha Star has selected 12 monitors for three of its Airbus corporate jets to provide what it believes will be a best-in-class passenger experience, fully in line with its objective to be a benchmark in private aviation.

Business aviation, of course, has weathered the COVID-19 storm remarkably well so could this segment be a proving ground for Li-Fi that leads to wider deployment in commercial aviation? After all, new technologies often make their way initially onto business jets, before being adopted in airlines’ premium class cabins and eventually, in economy too. We need only look at the rollout of wireless charging pads and, more recently, OLED displays which are embarking upon this same well-trodden pathway.

Spectrum Networks would seem to think so. The Washington-based start-up is banking on a growing expectation for uncompressed 4K, 8K, and Dolby Atmos encoded content among fleet operators and aircraft OEMs, leading to strong demand for its laser-based Li-Fi products. The company is currently working with Kyocera SLD and the aforementioned Haas on lighting options that would enable both wireless connectivity and at the same time, cabin sanitisation using far-UVC, which has been shown to safely inactivate airborne human coronaviruses.

Spectrum is targeting the launch of certified products in 2022; first for a sanitisation-only ceiling light and then for a Li-Fi variant. A combined offering is expected to come thereafter, and the company foresees a fleet-wide launch (possibly by a fractional operator) coming some time in 2023. At this point, the OEMs may step forward and look at making the technology a line-fit option. And with passenger levels forecast to be creeping back towards pre-COVID levels by then, it could well be that we start to see renewed interest in Li-Fi in the commercial air transport realm.

As with any new technology, there are drawbacks. One is undoubtedly shorter range. Whereas Wi-Fi can typically span a distance of around 30 metres, Li-Fi coverage is about a third as long. Another limitation is that data rates are slightly degraded in the presence of direct sunlight. However, this is reported barely noticeable and certainly much less so in enclosed spaces such as aircraft cabins. And because light bounces off surfaces of various kinds, Li-Fi is not strictly a line-of-sight technology, contrary to popular belief.

Perhaps the biggest roadblock, at this point in time, is a lack of adoption from the major smartphone manufacturers. With wireless IFE continuing to grow strongly in commercial and business aviation, one would imagine that we’ll need to see a major name get on board before bigger strides can be made. Indeed, it wasn’t until Apple joined the party that NFC really took off and the same can probably be said of wireless charging too. 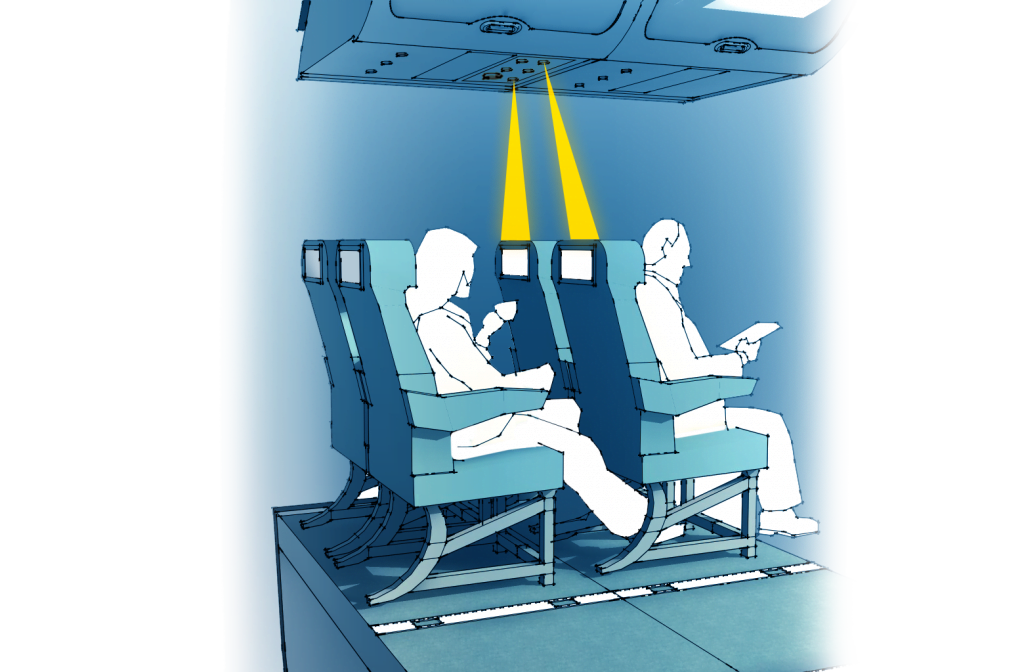 pureLiFi is leading the way in cabin concept development

As it stands, pureLiFi has enabled two off-the-shelf mobile phones with its Light Antenna technology inside a consumer-style phone case. The company is also offering components ready for integration into consumer electronics and in 2019, predicted that we could see phones using Li-Fi somewhere around 2022.

We can presume COVID-19 and the subsequent supply chain issues faced by electronic component suppliers have delayed this timeline. While Apple was rumoured to be testing the technology as far back as 2016, only OPPO has thus far shown a firm interest having filed a patent in 2019 for a smartphone with Li-Fi support. The patent was approved and published in July 2020 but there is currently no information available as to whether the Chinese firm plans to move ahead with a Li-Fi-enabled device.

Until they, or any other smartphone manufacturer fully embrace the technology, we are unlikely to see Li-Fi being used to beam content to passenger devices. Instead, concepts for new IFE content loads, connecting seatback displays and maybe even offloading aircraft health data would all appear to be viable initial applications in commercial aircraft.

We’d welcome your feedback on this blog. Please contact our team to let us know your thoughts and help us shape our future coverage.

Connect with Valour Consultancy on LinkedIn for our latest insight across the aviation sector. You can subscribe to our monthly email updates for recent developments in in-flight connectivity and other related cabin technologies.