I’ve Got the Power! 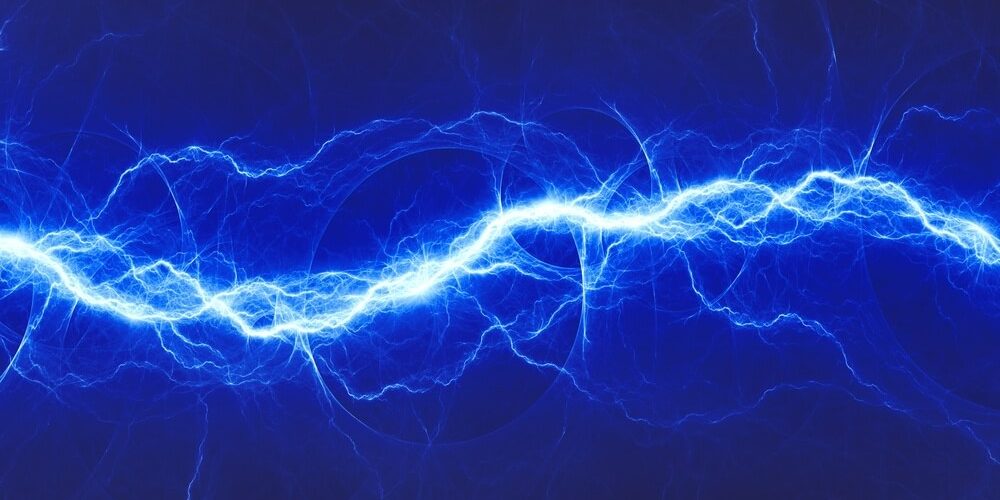 “I’ve got the power” sang German Eurodance group, SNAP!, in their 1990 smash hit single, “The Power”. Sadly, not every aircraft in every airline in the world can be similarly boastful much to the chagrin of today’s travellers, many of whom cannot bear to be parted from power-hungry personal electronic devices (PEDs) for even the briefest of moments. With the trend towards larger displays in the smartphone market now well and truly established, the demands on batteries are greater than ever. Indeed, it’s not uncommon to see people carrying precious chargers fearful of the likely scenario their device won’t last the day on a full charge. So much so, that a large proportion of us reportedly suffer from a condition known as “low-battery anxiety”.

Airlines have been installing in-seat power systems since the mid-1990s when laptops began to be proliferated. Astronics was one of the first to market when it introduced 12-15V “cigarette lighter” DC plugs on American Airlines and Delta Air Lines. AC power outlets came along in 2000 thanks to KID-Systeme but it wasn’t until 2005/2006 that we saw power supplies being integrated with power units for seatback IFE. Since then, the majority of AC and USB outlets and associated power supplies have been integrated within the IFE architecture. Thus, it is common to see USB outlets embedded either within the screen itself or elsewhere on the seat as a remote jack.

The rapid adoption of in-flight connectivity (IFC) and wireless in-flight entertainment (W-IFE) and a general acceleration in the bring-your-own-device (BYOD) trend over the last few years has resulted in much increased demand for in-seat power. Expectation that connectivity be ubiquitous and also, a significant increase in the penetration of consumer devices being carried on board has propelled the number of aircraft equipped with either standalone IFC, IFC+W-IFE, or standalone W-IFE past the 10,000 mark according to our most recent data. 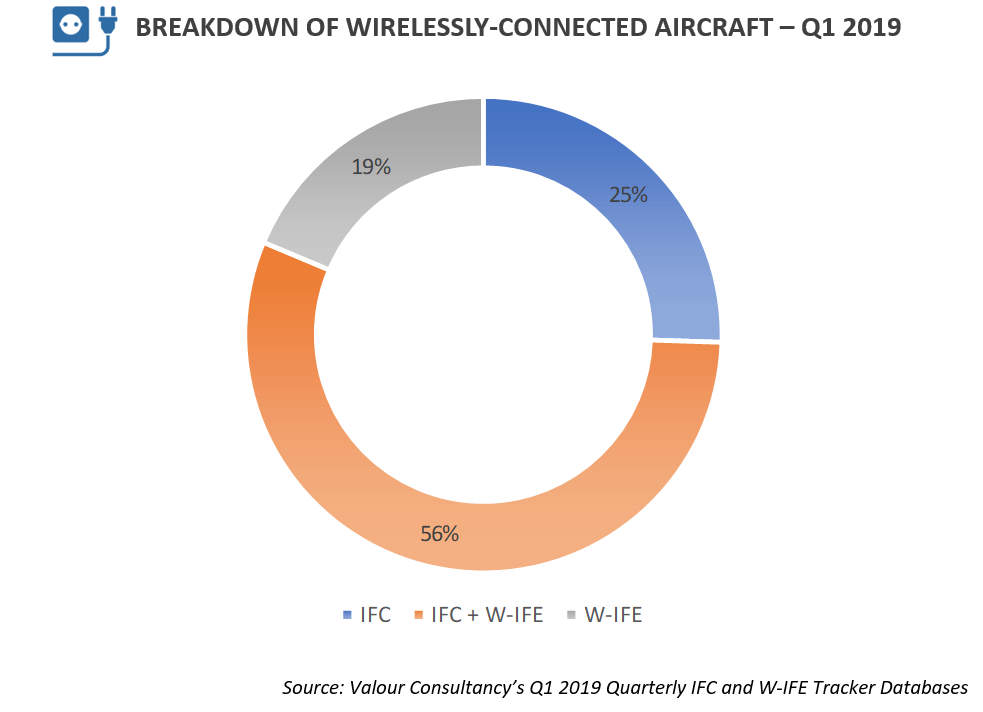 A large chunk of these are single-aisle aircraft, which is a market where penetration of in-seat power is currently low (about 20% of single-aisle seats have an in-seat power outlet, compared to about 75% of available seats on twin-aisle aircraft). Strangely, many carriers have not always considered IFC/W-IFE and in-seat power to be complementary technologies that really ought to go hand-in-hand – especially if advertising and e-commerce via PEDs is part of their strategy. This thinking is starting to change, however, as airlines begin breaking down departmental siloes to look at connectivity and associated technologies more holistically. GOL and AirAsia are two examples of airlines that have recently added in-seat power after beginning their respective connectivity rollouts several years ago.

We, therefore, expect the number of single-aisle seats with access to in-seat power to increase to 2.5 million in 2028 (57% of the available total). Cumulative outlet deliveries over this timeframe will be just shy of 3 million, while annual revenues are set to increase from $82 million in 2018 to $129 million in 2028. Much of this growth will be driven by the emergence of USB Type-C with Power Delivery, which can provide up to 60W of power to all types of PED, including laptops, and offers significant cost and weight advantages over 110V AC power systems.

Significant erosion in the ASP of USB systems due to increased competition will serve to dampen this revenue growth somewhat. We already know of vendors that have bid successfully in airline RFPs with solutions priced at less than $275 per seat and even more aggressive pricing can be expected in future. By comparison, an AC power system is estimated to cost in the region of $750 per seat. Today, Astronics and KID-Systeme dominate the market for in-seat power but recent high-profile wins for several newcomers point to a less duopolistic environment in future. IMAGIK (GOL, Air Europa and Neos), Inflight Canada (British Airways, Japan Airlines and Air Transat) and Burrana (a major carrier in Latin America and another in Asia-Pacific) are notable examples, while companies like True Blue Power, Eirtech Aviation Services and Mythopoeia are also picking up business.

None of this is to suggest that there won’t be a role for 110V AC power to play in future – there most certainly will be. AC power offers several advantages over USB power – namely its universal nature and the fact specifications are not always changing. Additionally, AC is robust, can charge any device, and outlets normally provide 75 to 95W of power. In premium cabins, airlines will want to continue providing an array of charging options to give passengers as much choice as possible. For this reason, our expectation is that AC+USB combo outlets will be shipped in favour of traditional standalone AC outlets (with no integrated USB ports in the same housing) in all cabins going forward and also, to ease the transition to Type-C while the installed base of compatible PEDs grows. AC will also continue to be adopted for cockpit and galley applications.

While in-seat power is much more commonplace in the twin-aisle market, there is still a significant opportunity to upgrade older systems that provide low power (typically 0.5A or 0.9A). Depending on the power needs of the PED, this may only be sufficient to provide a level or trickle re-charge. That being said, it could be argued that for a passenger who plugs in their exhausted phone at the beginning of a 10-hour flight, only having access to a 0.5A power source will not really matter as it’ll most likely be fully-charged at the end of the journey. Nevertheless, it is clear that as devices become more power hungry and passenger expectation of fast charging becoming engrained, airlines will come under pressure to upgrade such equipment sooner than they might have planned.

Passenger expectation of on-board power options may also come to encompass inductive (wireless) charging. Many vendors are seeking to capitalise on airline demand to shorten the cycle time between expectations on the ground (where proliferation of wireless charging spots is rapidly accelerating) and expectations in the air. Indeed, acceptance of the technology is growing with the Wireless Power Consortium recently revealing that 66% of consumers use wireless charging at home. Given the extra real estate with which to play, we initially believed that wireless charging pads would be adopted primarily in premium cabins. But vendors are reportedly seeing interest from carriers keen to deploy the technology in economy cabins too.

Though in-cabin wireless charging has numerous benefits such as obviating the need for passengers to carry charging cables and removing issues with USB sockets being broken/shorted, there are still several problems still to be ironed out. For one, power efficiency of inductive charging pads is currently 60-70%, compared to >90% for traditional outlets. This requires bigger, more expensive power supply units better able to dissipate heat. Second, the cost and complexity of manufacturing wireless charging pads and integrating them into seats is not insignificant. Third, devices must be left on a pad to charge and cannot be moved around or easily operated whilst charging – a problem when it comes to holding a device at a favourable viewing angle. Fourth, there are lots of industry standards to meet (e.g. EMI testing) which are more stringent on aircraft.

Despite all the above, in-seat power might be considered immaterial if PED battery lives were able to cope with moderate to heavy usage for more than the duration of the longest flights. In airplane mode and with brightness dimmed, tests have shown that a selection of today’s leading smartphones can last well over ten hours on a single charge when left to play back continuous video loops. Obviously, this is not representative of how anyone actually uses their phone and unless the intention is for passengers to consume their own content on their own devices, having Wi-Fi disabled, which considerably prolongs battery life, is not a solution to this dilemma anyway. And even so, it is quite rare for passengers to board a plane with a device that is fully charged.

Battery technology will inevitably improve but presumably not to the point that the in-seat power market will suddenly disappear. Thus far, advances have been largely absorbed by PEDs containing bigger screens, more powerful processors and larger memory and while there are some interesting innovations on the horizon, such as Lithium-air batteries, the demand for in-seat power is only going to increase from here on in.

Valour Consultancy is a provider of high-quality market intelligence. Its latest report “The Future of Aircraft Seating and In-Seat Power” is the newest addition to the firm’s well-regarded aviation research portfolio. Developed with input from more than 30 companies across the value chain, the study includes 93 tables and charts along with extensive commentary on key market issues, technology trends and the competitive environment. For a full table of contents and report scope, visit: https://valourconsultancy.com/wp-content/uploads/2019/06/The-Future-of-Aircraft-Seating-and-In-Seat-Power-2019-Brochure.pdf