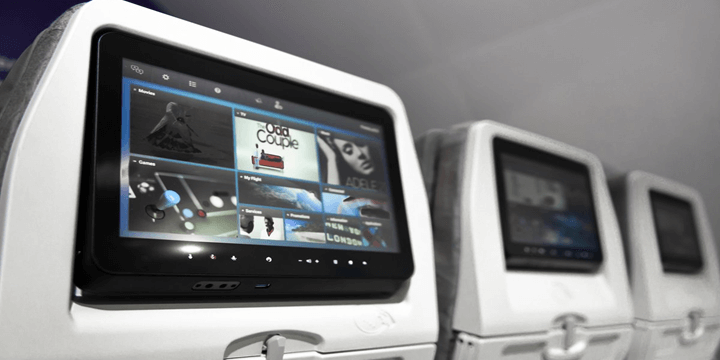 The global market for traditional in-flight entertainment (IFE) content was estimated at $569 million in 2017, growing by 7.3 per cent from the previous year. This consists of movies, TV shows, other shorter content forms, audio, games and ePublications. It excludes the moving map, live TV and ancillary revenue generation.

The desire to enhance passenger experience is the key driver for IFE content spend. Doing so encompasses several factors.

A large portion of passengers expect to watch the latest Hollywood movies that have just been released in theatres.

Nevertheless, a diverse range of movies, TV shows, games, music and other entertainment pieces are vital to components of a solid IFE content package.

Almost all twin-aisle aircraft have embedded IFE systems factory-fitted, and Valour Consultancy estimates that 81 per cent of global airline spend in 2017 can be attributed to these aircraft, which typically fly longer stage lengths.

Saying this, some passengers still have a strong preference for watching content on their own PEDs, either content they already own or by streaming content wirelessly from an on-board server.

This trend is primarily being witnessed for single-aisle aircraft, and is a much more cost-effective solution for airlines than installing an embedded IFE system.

Market surveys estimate between 80-90 per cent of passengers carry a smartphone onboard an aircraft today.

The biggest spenders on IFE content are the tier 1 carriers, and yearly budgets can easily exceed $10m per airline.

In addition, many tier 2 national carriers will spend significant sums of money on content.

In 2017, we estimate that almost $380m was spent on IFE content by airlines headquartered in North America and the Middle East and Africa.

These two regions are projected to continue to be the largest markets for IFE content over the next ten years. Asia-Pacific is expected to record the largest revenue growth over the same timeframe, primarily driven by the increasing number of aircraft being operated in the region due to greater demands for air travel.

Valour Consultancy estimates by the end of 2017, there were almost 6,800 commercial aircraft with embedded IFE.

We project this installed base to increase to 8,665 by the end of 2026, representing a CAGR of 2.7 per cent over the aforementioned time period. These additional aircraft will require IFE content, and increase the overall yearly market spend.

This is the equivalent of 1,875 additional aircraft with embedded IFE systems which will require IFE content licensing for movies, TV, audio, and other services.

As an example, if we assume the average airline spends $100,000 per aircraft on IFE content per year, by the end of 2026, total IFE content spend could have increased by $187 million by virtue of the increased installed base alone.

Valour Consultancy’s latest report, “The Future of In-Flight Entertainment Content” was published last month, and provides an independent perspective of airline spending on traditional IFE content, and other notable segments, such as moving maps and live TV, as well as ancillary revenue generation. The study breaks out airline spend per segment, the average revenue per order, and number of orders by content segment, region, and aircraft type. For more information, click here.