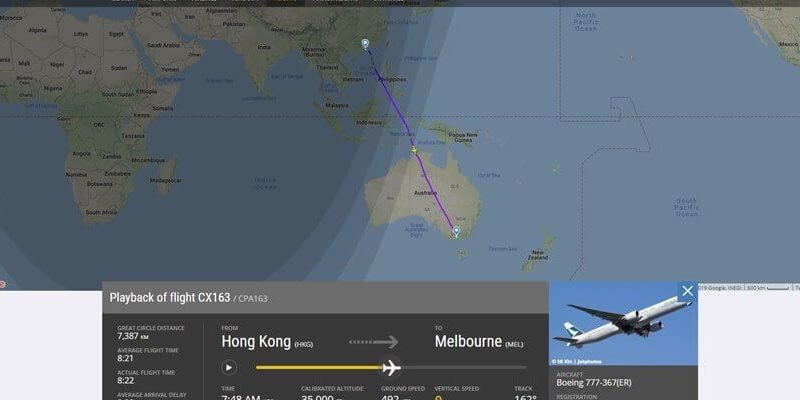 One of the major upsides to my role at Valour Consultancy is having the opportunity to visit clients in various countries around the world. I certainly don’t claim to be a globetrotter, but last week I managed to add country number 39 to the list of those I’d visited; Israel. The purpose was to meet with a handful of the antenna manufacturers that are based in and around Tel Aviv as part of my current work on the future of flat panel antennas.

As an aside to the purpose of this post, for those that haven’t been, Tel Aviv is an amazing place with great food and very friendly people. I didn’t even get to scratch the surface of things to do and places to see (not taking the time to visit Jerusalem was a major error on my part). Nevertheless, from the little I did see, I’d strongly endorse it as a place to visit.

I flew to and from Ben Gurion airport in Tel Aviv, with Cathay Pacific. I’ve previously had very good experiences with Cathay, and I really like the A350’s that service the route between Melbourne and Hong Kong. Three of the four segments I took to and from Israel were on A350’s, but the final leg (flight CX163 from Hong Kong to Melbourne) is serviced by one of the carriers 68 B777-300 aircraft, which are in the process of being equipped with the Gogo 2Ku service. Our quarterly IFC tracker estimates 41 of the birds had been fitted with the associated hardware and activated by the end of September 2019. My aircraft, B-KQQ, was one of these 41.

Personally, I tend to side with the other 90 per cent of flyers that opt not to use the available IFC service when it is sat behind a paywall. But on this occasion, my IFE was not working to the point I was reliant on cabin crew (who were brilliant) manually adding movies to my screen. This, plus genuine intrigue around the performance of 2Ku, was enough of a justification to log on for an hour between movies.

I clocked on as we cruised over the Celebes Sea, and my first task was to carry out a speed test. Having paid for IFC in the past on various airlines, I was pleasantly surprised by the numbers, with a notable reported download rate of 36.7Mbps.

With an hour of uncapped data at my disposal (costing $9.99 USD), I decided to perform some tasks that I know are “higher bandwidth” applications than simply messaging friends and family on Whatsapp, most notably, FaceTiming my 1 year old in Melbourne (who wasn’t impressed at all) and watching a few YouTube videos (which included a few on the latest Brexit news). In all cases, the service continued to perform really well, and I’d actually go as far as to say the whole experience genuinely matched up with performance on the ground, with very little in the way of waiting around for content to load. You’ll notice that the picture when using FaceTime is clear with very little pixilation.

I tried to make the most of the hour I was online by conducting multiple speed tests to see if the numbers I captured in test 1 held throughout, which they did.

I’d, of course, like to be able to call upon a broader sample of speed tests spread throughout the entire flight as I recognise a crucial element of assessing service quality is consistency. In the absence of this it is perhaps worth noting that based on the coverage map below, the route taken on the day ensured we remained within the HTS coverage that Gogo is able to tap for its 2Ku network in the APAC region.

The need to pay for IFC will always put off a vast majority of passengers onboard, there is no getting around that. But until a free IFC service becomes a realistic prospect for ALL airlines, the objective for them and the respective IFC service providers has to be to demonstrate value for money to those willing to fork out for the privilege. What I was able to do across the hour on my flight certainly did that.

Based on this experience, it would seem the IFC service which Cathay Pacific is able to serve up on this route is one to be proud of and should give the airline the confidence to push its 2Ku connectivity harder to passengers.

Note: This is a completely independent review. The author did not receive remuneration of any sort.