How Are Aviation and Border Control Getting Ready for a Digital Future?

You are here:
Airports 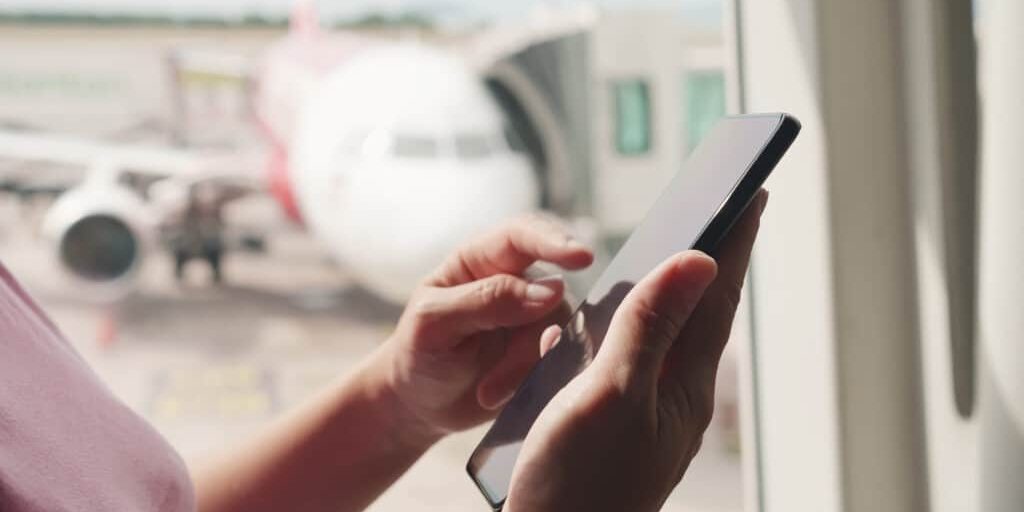 Currently all we need to travel and access related services internationally is a single physical document, our passport – and maybe a driver’s license for car rental. The exception to this is where there are cross-border agreements between countries to allow use of national ID cards in place of passports; such examples can be found in each major continent.

Increasingly, aspects of identity for travel are getting digitised. For example boarding passes and tickets can be stored in airline apps and digital wallets on our smartphones. This process was identified as more efficient and passenger friendly by some airlines a few years ago and this has expanded with more carriers following suit as part of their modernisation efforts with automation and touchless processing of travellers. Also, on-boarding into airline apps for quick access to and provision of passenger data is proving to be more efficient and accurate. With either a photo or NFC read of the passport and a biometric (video) selfie this essentially matches the digital KYC process adopted by an increasing number of banks and similar regulated organisations. This allows airlines to tie passenger data to a ticket and boarding pass for much quicker and seamless sales and processing in-airport.

Mobile Driver’s Licenses are the Next Step

In a more recent development, Apple Wallet can digitise (or derive) a mobile driver’s license from the original physical card, much as a growing proportion of us do for contactless mobile payments, creating a digital version of a state-issued driver’s license in the US. Apple’s approach does have limitations; state by state agreements are necessary to enable them to be on-boarded and accepted but this launched last month with Arizona being the first state announced. 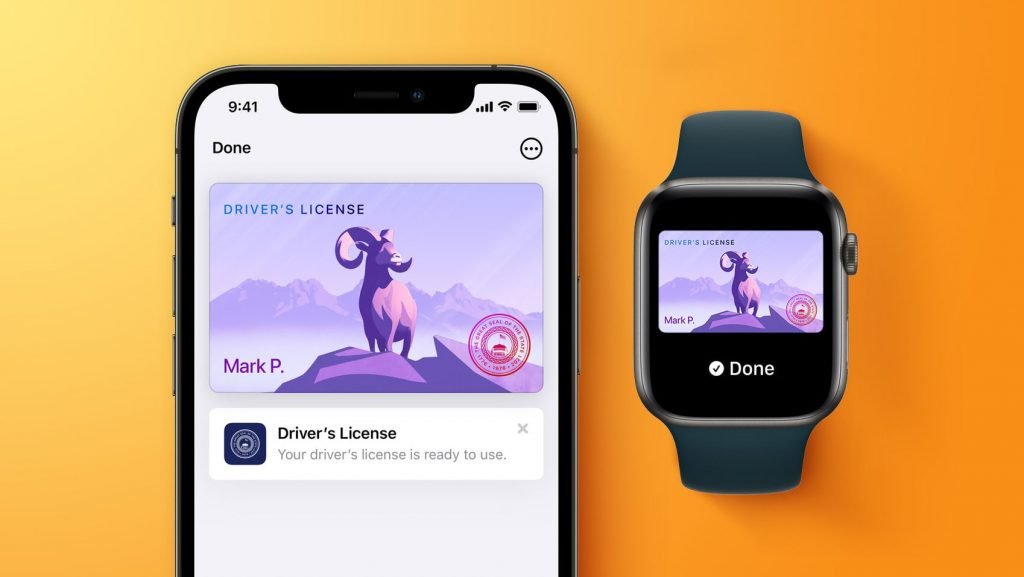 Residents can add their driver’s license or state ID to their Apple Wallet which can be read contactlessly from their iPhone or Apple Watch at select TSA security checkpoints in Phoenix Sky Harbor International Airport. Another limitation is that there is currently no reciprocal arrangement at the destination but the number of states signed up is already growing with Colorado, Hawaii, Mississippi, Ohio and Puerto Rico all announced as having reached agreement to join the program (along with Connecticut, Georgia, Iowa, Kentucky, Maryland, Oklahoma and Utah previously confirmed). We also expect that comparable developments will be launched in the EU and that Google Wallet will add similar capabilities.

Other commercial digital identities are available in an increasing number of countries, although typically these are not dedicated or focussed on aviation and border control. Here are a select, relevant few: 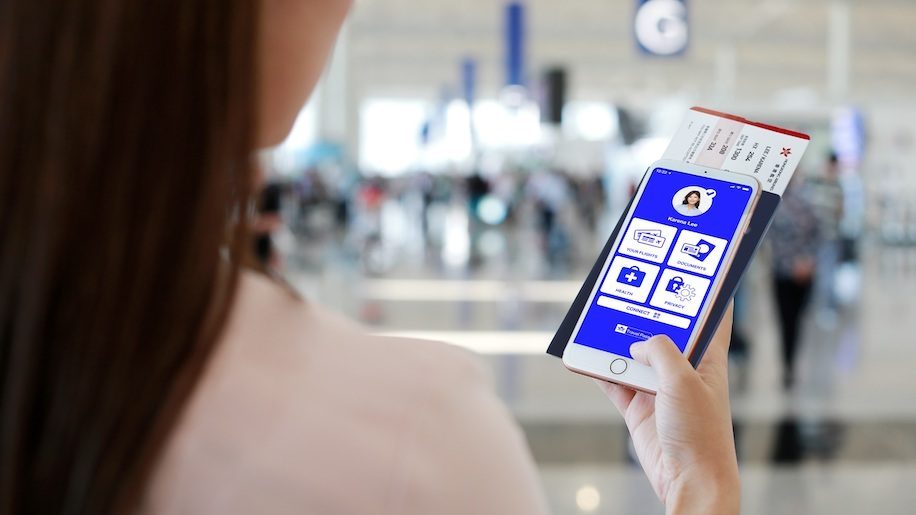 There are a number of others with an increasing number of private companies promoting their digital identity solutions. These include companies like Clear, Daon, Evernym, GBG Group, IDEMIA, IDnow, iProov, Paravision, Scytáles, Thales and Veridos. Add the multitude of Covid-related travel and/or health passes that have been released in the past two years and you can see how the resulting fragmentation and lack of interoperability is an issue.

Rapid development and adoption of digital health passes was catalysed by the massive slump in travel resulting from the Covid-19 pandemic, fluctuating border control and travel restrictions, and the broad desire to make travel easier again. This represents a complete turnaround for an industry that is notoriously slow to adopt new technologies (due to the complicated nature of introducing internationally agreed and accepted standards). This is demonstrated by the recent quick development of health passes, which has come at a cost in terms of market fragmentation and a lack of interoperability, resulting in user uncertainty, confusion and limiting uptake.

In addition to these efforts, there are a number of travel-focussed applications being developed within the industry. Most utilise (or align with) ICAO’s DTC (digital travel credential) standards. Those familiar with our recent reports and services will be aware that we track and forecast the market’s adoption of automation, biometric and self-service solutions and DTCs are the next steps in this process. Biometrics are being incorporated into international border control programmes like Global Entry and the EU’s Entry-Exit Scheme as well as for seamless experiences at airport touchpoints from kerb-to-gate. DTCs are different. These are wider reaching, with greater international cooperation and participation, and intended to be as widely accepted as our current passports, i.e., at all airports and borders. However, we expect that this will be in a staggered rollout dependent upon countries’ policies, infrastructure and the degree of traveller readiness and acceptance.

While the EU’s efforts to implement a digital identity framework and wallet are proceeding, it will take a notable amount of time. The project scope extends far beyond travel and border control, as it is designed to ensure cross-border access to government and commercial services. Current commercial border clearance programmes are not inclusive enough, appealing to regular travellers but not for the majority who are more occasional users. Also they are too localised without the wider cooperation of most countries. Commercial offerings will find it difficult to scale-up to more countries, unless they are able to gain support from notable industry bodies, (possibly) with the exception of the tech giants, such as Apple and Google.

So this is where DTCs come in with a phased approach – sensibly designed to offer three types of DTC. This ranges from the simplest and quickest to adopt of creating a virtual component of an existing document (Type 1, holder derived via smartphone), to a more enhanced and verified equivalent to the physical passport (Type 2, state derived via appointment), through to a full virtual replacement (Type 3, state issued). Type 1 DTCs are already supported by the likes of Entrust, IDEMIA, Thales and Veridos and the first Type 2 and Type 3 DTCs are expected to be ready to test in the next 12 months, although real-world issuance will take much longer to realise.

This creates opportunities for companies to diversify or expand their existing businesses. For those vendors already providing identity solutions, it provides a new market for digital services (authentication, verification, acceptance) and integration with airline and partner travel applications. It also allows border control to become more involved in the sector.

For established aviation and travel players, the opportunity for digital identity services will be one given much consideration as to how to address. Should they branch out and go head-to-head with the established identity vendors with a history of serving governments and issuing identity credentials, or is there a chance that they can leverage their positions within the sector and their relationships with airlines and airports to take the lead in this latest development?

I suspect the majority will determine that they lack the reach and/or knowledge necessary to go it alone but for some select companies, such, as large airport IT specialists, it may be that the opportunity is too attractive to ignore. Their best chance of success is to support integrations with the relevant common standards, apps and wallets to ensure that solutions are as widely available, easily accepted and recognised as possible. This will remove as many barriers to user adoption as possible. It is essential that DTCs and related digital identity solutions have the same level of ubiquity as physical passports in order to succeed.