How Airlines are Catering to Millennials 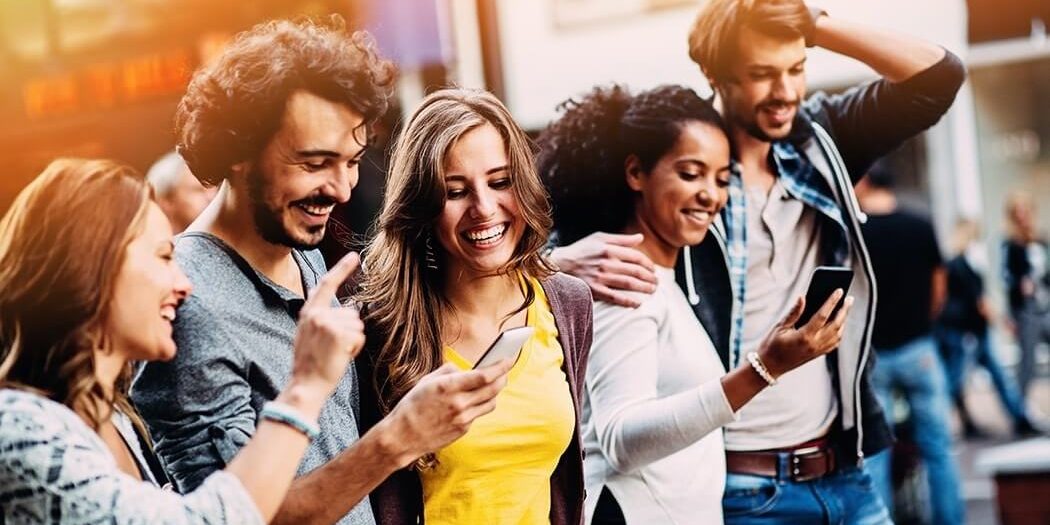 Millennials (also known as Generation Y) are a demographic cohort referred to by some as the “Me, Me, Me Generation” – lazy, constantly seeking feedback and prone to jumping from job to job. Others see a group of liberal and upbeat people brimming with confidence and self-expression, who are most receptive to new ideas and ways of living. Whichever side of the fence you sit on, one undeniable trait of millennials is their enormous purchasing power.

For this reason, millennials are one of the most talked about and disruptive generations for businesses globally. Companies, some of which have been household names for generations, have had to fundamentally shift their company culture, redesign products and services, and adopt new, fluid sales channels to resonate with this increasingly important group. Airlines are no exception.

Take Joon, Air France’s new low-cost subsidiary, as an example. The airline launched last year and promises to offer “a global travel experience” as opposed to just a flight and a fare. Part of this experience, somewhat bizarrely, involves a troupe of flight attendants decked out in resplendent white trainers, blazers with rolled up sleeves, polo shirts and ankle-length trousers. However, the “experience” element of the new brand goes a little deeper than a chic uniform. All-too-aware that millennials have grown up with an unmatched presence of technology in their lives, Joon has crafted its in-flight entertainment and connectivity (IFEC) offering accordingly.

First, all seats are equipped with USB ports to allow in-flight charging of personal electronic devices (PEDs). While this is by no means unique, it does point to an understanding that in-flight Internet and wireless content streaming – both of which are being offered by Joon – go hand-in-hand with in-seat power. After all, who boards a plane with a smartphone or tablet that is fully charged? Millennials, who are the likeliest of all to have been glued to their phone on the way to the airport, at the airport, and in the departure lounge, cannot be expected to interact with on-board connectivity if their pocket friends are low on juice! Unfortunately, wireless in-flight entertainment (W-IFE) and in-flight connectivity (IFC) are often deployed without any means to charge the devices that would be used to access these services.

Level, the low-cost arm of the International Airlines Group (IAG), has also put technology at the forefront of its marketing strategy. Its new on-board payment solution, Pair and Play, allows passengers to pay for food, drinks, Wi-Fi, amenity kits and duty-free goods by pairing their mobile devices to the seatback in-flight entertainment (IFE) system. According to Level, its passengers are largely millennials flying long-haul for the first time and being able to pay from their own device is a way for them to have more control of their own experience.

The word “experience” always features prominently in any marketing spiel explaining an airline’s approach to building rapport with millennials. The theory being that millennials, more so than any other demographic, are driven by an experience and being able to share that experience in the moment on social media. And this, in turn, drives greater recognition of the brand among the target audience and with it, customer loyalty and increased revenue.

Delta Air Lines has noticed younger consumers tend to prefer experiences rather than tactile goods, although it favours the term “Emerging High-Value Customers” (eHVCs) over “millennials”. The Georgia-based carrier sees eHVCs as being much more likely to purchase premium products that will enhance their travel experience and has embarked upon a strategy to attract these high-yield future consumers at an early stage. This is why it has placed so much emphasis on the provision of IFC (more than 1,000 planes are now equipped; many with Gogo’s high-speed 2Ku offering) as a way to take business from competitors who offer slow, unreliable Wi-Fi, or no Wi-Fi at all.

JetBlue Airways would doubtless agree about the importance of good-quality in-flight Internet. Its awarded-winning Fly-Fi service has proven extremely popular and has been credited with boosting the airline’s Net Promoter Score, which is a loyalty metric that measures a customer’s willingness to not only return for another purchase, but also make a recommendation to their family, friends or colleagues. Of course, JetBlue offers customers Fly-Fi for free, and very few airlines do that right now for a variety of reasons. Nonetheless, the tech-savvy millennial is used to ubiquitous and free connectivity on the ground, so why should the aeroplane be any different? JetBlue has sought to offset the considerable costs involved with providing complementary IFC – its sponsorship with Amazon brings in valuable revenues and helps underpin the business model.

We are also seeing airlines having to adapt to the way in which millennials engage with content. American Airlines’ decision to forego seatback screens in favour of W-IFE on its Boeing 737 MAX aircraft in mid-2017 raised questions from some about the future of traditional embedded systems. However, many carriers are installing W-IFE alongside seatback screens, especially on their long-haul aircraft. Philippine Airlines, for example, re-introduced embedded IFE systems onto its A330 aircraft in 2017, alongside ONAIR play, its W-IFE solution. One reason for this trend is to allow for ‘second-screening’, a habit most prevalent amongst millennials where people commonly use their PEDs while watching another screen.

Data science company, Black Swan Data, helped the aforementioned Level take second screening a stage further by enabling pairing of a PED directly to the seat-back system via Pair and Play. JetBlue, meanwhile, is using NFC as a binding technology on its newly-restyled A320s. This allows passengers to use their own devices as remote controls/gaming controllers, port Android-based applications and also, stream content to seatback displays.

IFE content is also changing to meet the needs of a younger audience rather than the baby-boomer generation as has been the case in years gone by. On wide-body aircraft, which typically fly routes long enough for people to watch a Hollywood movie, a growing proportion of the video content available is shorter-form with drama series, documentaries and long-running comedy shows becoming more and more popular. Medieval fantasy epic, Game of Thrones, political dramas like House of Cards, and zombie-apocalyptic horror, The Walking Dead, have all gained cult-like status in recent years and represent examples of the content today’s connected generation are enjoying on the ground. In addition, some companies have begun aggregating YouTube and Vimeo shorter snackable video content and offering customised TV channels to airlines. With this demographic expecting connectivity in the air to be more like it is on the ground, it makes sense that the content they view in the air should be of a similar nature to the content they view in their homes.

Next-generation IFEC systems are being architected so that passengers can create and sign into an IFEC account using their social media credentials, and with permission, these systems can learn even more about passengers from their online profile(s) or even the types of emails they send and receive. As a result, it becomes possible to present ads and content that are more compelling, rather than the same thing across the entire cabin. And this is what the millennial passenger expects – most actually embrace recommendation engines from the likes of Amazon and Netflix.

This familiarity with Amazon and Netflix also has an impact on the way in which GUIs are being designed. A good UI should be pretty, intuitive, snappy and put as little space as possible between the passenger and what he or she wants to watch. Delta Air Lines and Turkish Airlines have undoubtedly taken cues from the VOD giants with their recent GUI redesigns. The former’s new look IFE aims to bring important content to the highest levels for ease of access and feel “more like interacting with an iPhone.” The latter’s is the result of a study conducted by professional usability and user experience laboratories. One of the major updates is category filtering for movies or ratings of TV shows and movies from well-known database, Internet Movie Database (IMDb).

And there is much more to come. Virtual Reality (VR) is experiencing a second coming and is a technology many airlines are looking into today. Intriguingly, VR plays to the perceived traits of millennials as it allows passengers to escape the confines of the cabin and therefore the awkward conversation with a stranger, or family member, millennials supposedly prefer to avoid. Joon has committed to deploying SkyLights’ second-generation cinematic VR headset, AlloSky, this year.

In the coming years, we can expect to see more airlines redefine their brand, processes and service to capture the loyalty of millennials. This will become increasingly important and evident as the influence of millennials on economies across the world strengthens. One need only look to the much-changed retail sector and the disruption caused by Amazon to see that the adoption of technology will be fundamental to airlines delivering a passenger experience worth sharing and coming back for.