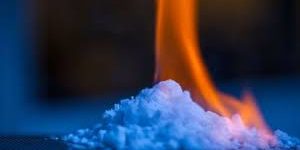 Foreshadowing Valour Consultancy’s report entitled “A Deep Dive Insight into Maritime Energy”, this is a snapshot of a lesser publicised source of energy that is about to be exploited. So, what are the pros and cons of maritime energy?

The largest reservoir of untapped hydrocarbon energy in the world is not in some Sheikh’s back garden or under the control of a democratically elected despot. It is methane trapped in permafrost, lake beds and in continental shelves. A latest survey by the USCG (a science agency for the Department of the Interior, within the United States of America’s government) estimates that the minimum is more than 4000 times the amount of natural gas consumed in the United States of America in 2010, or somewhere between 105 and 5×106 Trillion Cubic Feet (or 140,000 Trillion Cubic Metres), in layman terms.

As yet, this reservoir is virtually untapped, presently in the form of Methane Clathrate which is basically, a molecule of methane (CH4), trapped inside a cage of water crystal. I might use the word “ice” but it isn’t exactly the ice we are familiar with. Water takes a rather bohemian approach to crystallisation and adapts itself according to the temperature, pressure and the presence of other associative gases in which it forms. There are, at least, 13 different types of ice crystals. The one we lovingly drop into our whisky glass occurs at 0°C and atmospheric pressure but the one we are interested in forms at high pressure (40 bar) or higher and low temperature -2°C. We find just these requirements at 460m and below the surface of the ocean on continental shelves. The water molecules form a little cage and capture a methane molecule in the centre – other molecules such as propane and carbon dioxide could also captured. 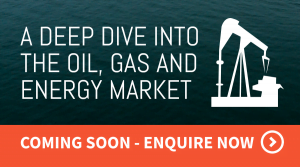 These little cages tend to stick together and form lumps or bergs and are troublesome in gas pipelines as they plug them up. It has been postulated that such a plug contributed to the problems trying to seal the Deepwater Horizon blowout.

These clathrates are ubiquitous so why have they not already been exploited?

Primarily because it has been very difficult to do so. Now, several countries already have significant programs underway. Those without significant native reserves of hydrocarbons, such as China, Japan, Korea and India lead the way (with input from the United States of America).

The below timeline illustrates the past drilling activities conducted by countries, private sector firms, government agencies, and academe that have helped to refine global gas hydrate estimates and possible future drilling and production testing.

Interestingly, the last two pictures might give some indication of why there are conflicting claims of territorial authority off the shore of China and the countries neighbouring the South China Sea, and between Japan and Korea.

Methane is a good energy source. When burnt, the exhaust is mostly CO2 and water, with many less additional side products than any other combustion processes. Given that methane is 21 times as powerful greenhouse gas as carbon dioxide, then it follows that it is better to burn it than let it out into the atmosphere. Space X, the venture owned by Elon Musk, is experimenting with using methane as potential rocket fuel highlighting its energy-rich density.

Methane is also cheap and, if we get the technology right, it should be easy to exploit. Clathrates are relatively accessible but difficult to recover as it does not flow easily. The reclamation of the methane might be more damaging to the marine ecosystem than either fracking or oil-well drilling. Many patents for recovering methane for clathrate rich sediment involve either turning the seams into a slurry or fine particulate and taking it to the surface for separation and returning the mining waste back down into the sea bed. Many deposits are thought to occur in sediment within the top 200-400m of the seabed surface.

While this does sound a rather heedless course of action, disrespectful in the extreme of sealife, it does present the opportunity to sequester carbon dioxide which could be mixed with waste and turned into a CO2 clathrate to replace the CH4 clathrate that was mined.

There is a hypothesis that a changing climate will exponentially increase subsea methane emission causing possible continental shelf subsea landslides with subsequent tsunamis. Others postulate that a changing climate might weaken the clathrate matrix and a trigger, such as an earthquake, will have the same effect. On the other hand, scientists suggest that methane emission is far more likely to be gradual and not result in any immediate trigger events. What is clear is that our projections on climate change and the repercussions are still in their infancy.

It should also be noted that, previously collected ice pack core samples, methane in the atmosphere has been stable for the last 800,000 years and has climbed rapidly during the last 100 years fourfold. There is no evidence to suggest that this increase is due to seepage from clathrates as many other sources of methane have increased substantially in the last 100 years such as cattle ranching and urban waste decomposition.

Methane is a very dangerous but relatively short-term greenhouse gas. It decomposes in about 12 years rather than nitrous oxide which take 114 years to decompose or thousands of years like carbon dioxide. Methane is also a food for bacteria. These bacteria, methanophiles, reside in oceans, mud, marshes, underground environments, soils, rice paddies, and landfills and comprise a significant factor in the global methane budget. It has been suggested that these bacteria consume up to 90% of methane potentially available.

Of course, where there are bacteria, there are cute little creatures that eat bacteria such as the methane worms found swarming over a methane clathrate seepage in the Gulf of Mexico and offshore Alaska. These worms can survive for periods in anoxic environments (without oxygen), such as the ocean dead zones – areas where “excessive nutrient pollution from human activities coupled with other factors have deplete the oxygen required to support most marine life in bottom and near-bottom water”, states the National Oceanic and Atmospheric Administration (NOAA). Many documented dead zones occur off the east coast of the USA, the Gulf of Mexico and in the Baltic Sea.

Note: Clathrates are sometimes referred to as hydrates. There is a difference. A clathrate implies the guest gas is trapped or caged inside the host molecule whereas a hydrate implies a chemical bond. To the best of our understanding, methane does not form a chemical bond with its host water crystal.