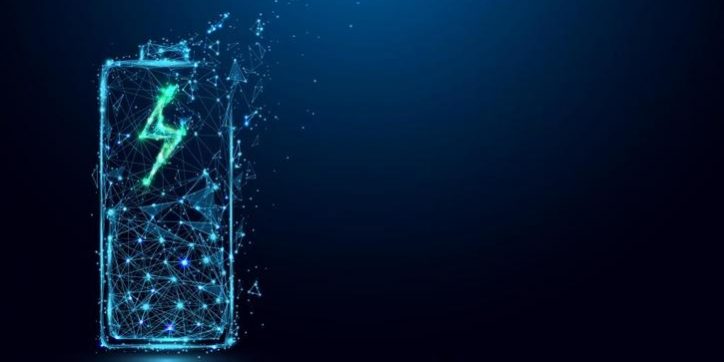 Last month, we published an introductory article on the future outlook for maintenance of maritime vessels. Following this, it is important to address one of the normal regular maintenance tasks that must be undertaken on an autonomous vessel, namely, the simple task of changing batteries.

On many vessels battery back-up for bridge and engine room sensors is from a conveniently located, adequately ventilated batter storage room but sensors away from these main locations tend to have independent battery back-up systems thus saving on miles of cabling (miles is not an exaggeration). No salesman would bat an eyelid about letting battery changes be a free add-on to a maintenance contract. This is ok for 20, 30 or even 100 batteries, but what about a 1,000, or even 10,000?. That’s pretty much a man-month of labour (5 minutes per battery discounting the time to get to them).

Thinking about the automated logistics chain from factory door to customer, the numbers of sensors and control nodes will be exceedingly large. To address this problem, there are solutions such as making sensor arrays use less power or developing batteries with longer lifetimes, many more recharging cycles or greater energy density.

There are research teams all over the world searching for fixes for the various issues relating to maritime batteries that need to be addressed. This includes infusing electrolytes with nano-diamonds (exquisitely small carbon particles to halt dendritic growth of short-circuit paths), or using graphene balls, or even graphene-based batteries. 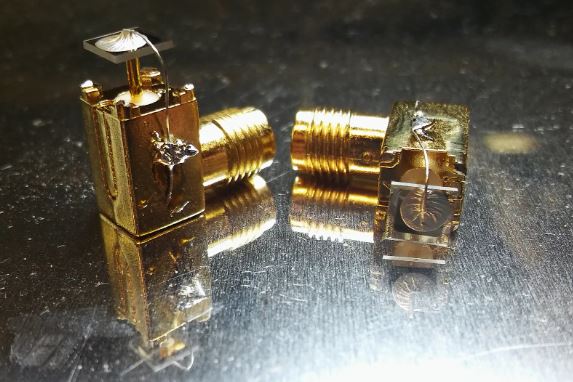 There is also active research continuing in all aspects of batteries, from anode, cathode, separator membranes, solid-state electrolytes allowing lithium metal anodes, safety, thermal control, packaging, to cell construction and battery management. In theory, Lithium-air (Li-O2) and Lithium-sulphur (Li-S) can achieve impressively high-energy density and have again attracted much attention recently. Although Zinc-air and high-temperature Sodium-Sulphur have been commercialised for a while, the development of rechargeable Li-O2 and Li-S batteries still presents some technical barriers.

Though not energy dense, we have Sodium-Manganese salt water batteries for large storage, which are both inexpensive and safe. Flow batteries also come into the equation but are large and much less efficient (though considered viable up to 10 MWh).

Variously called atomic batteries, nuclear batteries, radioisotope batteries or radioisotope generators, the technology has been known since 1913. In general, they have low efficiency but are presently used for low power applications and for back-up on satellites and in NASA spacecraft. Most notably, this includes the two Voyager spacecraft, NASA’s Mars Curiosity and Perseverance rovers and the New Horizons mission, which flew by Pluto in 2015. 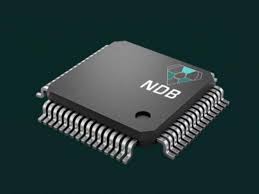 A company in California, NDB Inc. has proposed a diamond nuclear-powered battery that will last for up to 28,000 years. NDB, which stands for Nano Diamond Battery, intend to produce, within the next two years, a high-power diamond-based alpha, beta, and neutron voltaic battery composed of huge numbers of cells since each battery cell will produce only a minuscule amount of energy. The battery combines radioactive isotopes from nuclear waste with layers of panelled nano-diamonds. Diamonds have very good heat conductivity measured to be about 2200 W/(m·K), which is five times more than silver, the most thermally-conductive metal. Micro-sized single-crystal diamonds move heat away from the radioactive isotope materials so quickly that the transaction generates electricity. 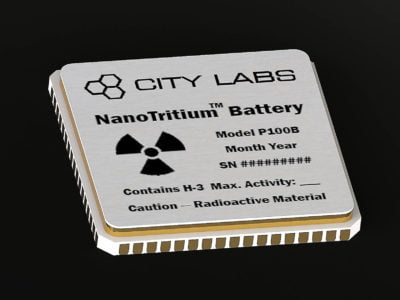 Another company, City Labs Inc., produces long-life (20+ years) Nanotritium™ batteries for microelectronics. The battery is resistant to varying temperatures and other environmental conditions due to the robustness of the tritium decay process. The battery also serves as a vital component for the security and defence industries being used to keep encryption keys alive in SRAM (Static Random Access Memory) for more than 20 years in digital processors such as FPGAs (Field Programmable Gate Arrays). The batteries are fuelled by tritium, a radioisotope with a half-life of 12.3 years. This means that only half of the battery’s fuel will be used in the first 12 years.

Alternatively, researchers at the Jet Propulsion Laboratory (JPL) in Pasadena are studying the use of skutterudites, an advanced material that can conduct electricity like metal, but heat up like glass, and can generate sizable electrical voltages. These could be used in a proposed next-generation power system called an eMMRTG, which stands for Enhanced Multi-Mission Radioisotope Thermoelectric Generator.

Radioactive substances naturally generate heat as they spontaneously transform into other elements. Radioisotope power systems make use of this heat as fuel to produce useful electricity. NASA spacecraft can harness heat from the natural radioactive decay of plutonium-238 oxide.

There is some small issue of radiation but the amounts of radioactive material is small and the autonomous ship is unmanned.

One of the largest energy storage facilities on the planet is flora and fauna, living things. Energy-rich molecules such as glycogen and triglycerides store energy in the form of covalent chemical bonds. The earth’s biomass has been estimated at 550 gigatonnes (550 followed by 9 zeroes) and at an average energy density of 20 megaJoules per litre (the writer’s estimation), that is a lot of energy storage. A lithium-ion battery typically has an energy density of less than 2 megaJoules per litre. So organic batteries would seem to be a possible revolutionary development and researchers have risen to the challenge of adapting biochemistry for usable energy storage.

Batteries that are based on organic radical compounds possess superior charging times and discharging power capability in comparison to established electrochemical energy-storage technologies. They do not rely on metals, and have little negative environmental impact. In addition there is the possibility of web processing using 3D printers on flexible film. The Japanese company NEC is a leader in this field.

Polymer redox (reduction–oxidation) systems use polymers containing groups that can be reversibly reduced or oxidized. In other words, these polymers have the ability to change their electrochemical properties via losing electrons (oxidation) or gaining electrons (reduction). Current developments using the pseudocapacitive charge storage appear unsuitable for use as the main batteries in mobile phones or laptops. However, they could have uses in specialised applications, such as a smart card power source, and are therefore realistic prospects for sensor arrays. They seem to have the same coulombic efficiency as lithium cells and stable reversible capacities over more than 1800 cycles as opposed to 1000 with lithium-ion. 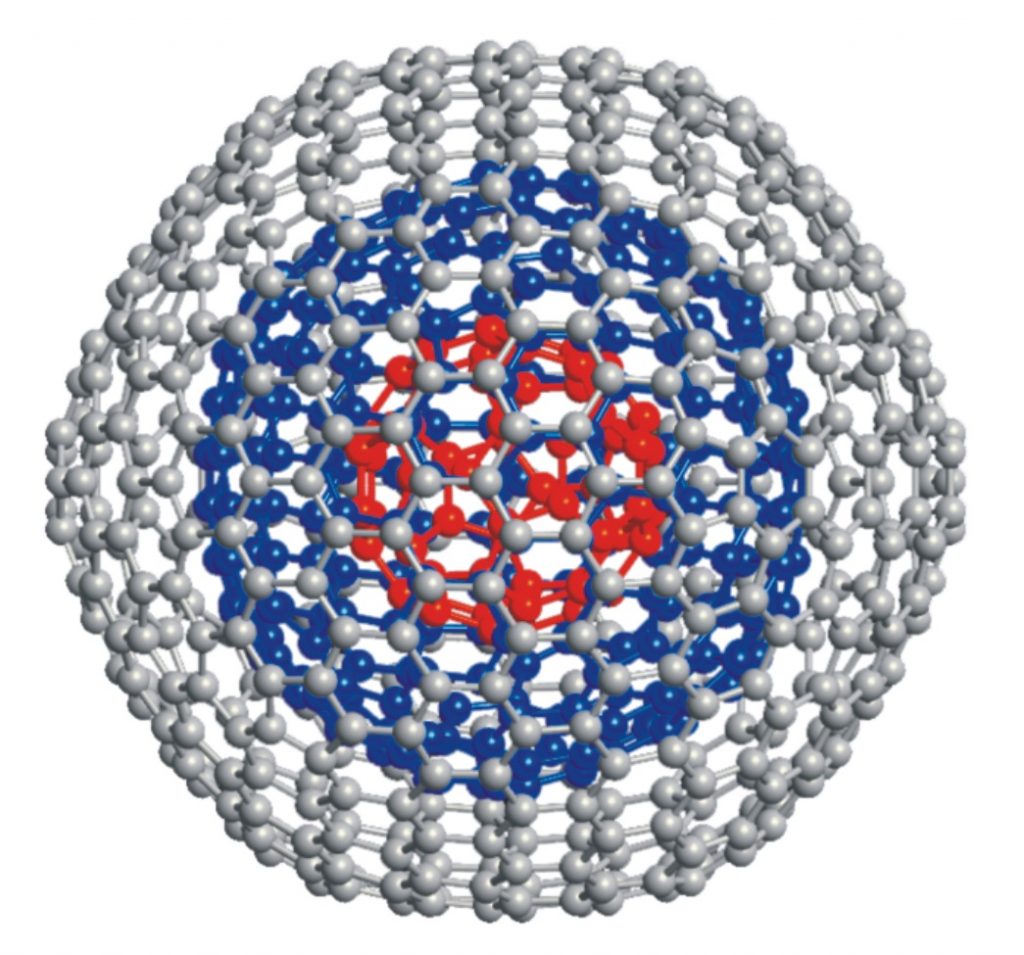 Carbon onions are a relatively new member of the carbon nanomaterials family. They consist of multiple concentric fullerene-like carbon shells which are highly defective and disordered. Due to their small size of typically below 10nm, a large external surface area, and high conductivity, they are used for supercapacitor applications. As electrode materials, carbon onions provide fast charge/discharge rates resulting in high specific power but present comparatively low specific energy. They improve the performance of activated carbon electrodes as conductive additives and show suitable properties as substrates for redox-active materials.

Traditionally, many sensors, especially analogue sensors, could be large, power-hungry devices. Integral to the development of modern satellites and the smartphone, modern digital sensors are an entirely different proposition. They are often some of the smallest, most efficient components, and typically have low power demands.

Besides the development of new materials and more sophisticated detection capabilities as the understanding of what is seen has grown, there are also refinements in the techniques used. A small philosophical point that needs to be born in mind is that very few sensor read-outs are reporting what is being measured. They display or alert according to an electrical signal that should correspond with what is measured. This difference is important when considering how an autonomous ship might behave in perilous situations as electrical signals can be manipulated separately from the object of interest.

Some of these sensors have ultra-low power consumption with current supplies in the microamp (µA) range, some require milliamps (mA) and some, like long-range radar, are heavy-weight tools of up to 75kW pulling nearly 250A.

Batteries and the maintenance thereof will be a bugbear that haunts autonomous shipping for some time until power storage development catches up.