Despite Densification Drive, There’s Plenty of Space for Innovation in Aircraft Seating 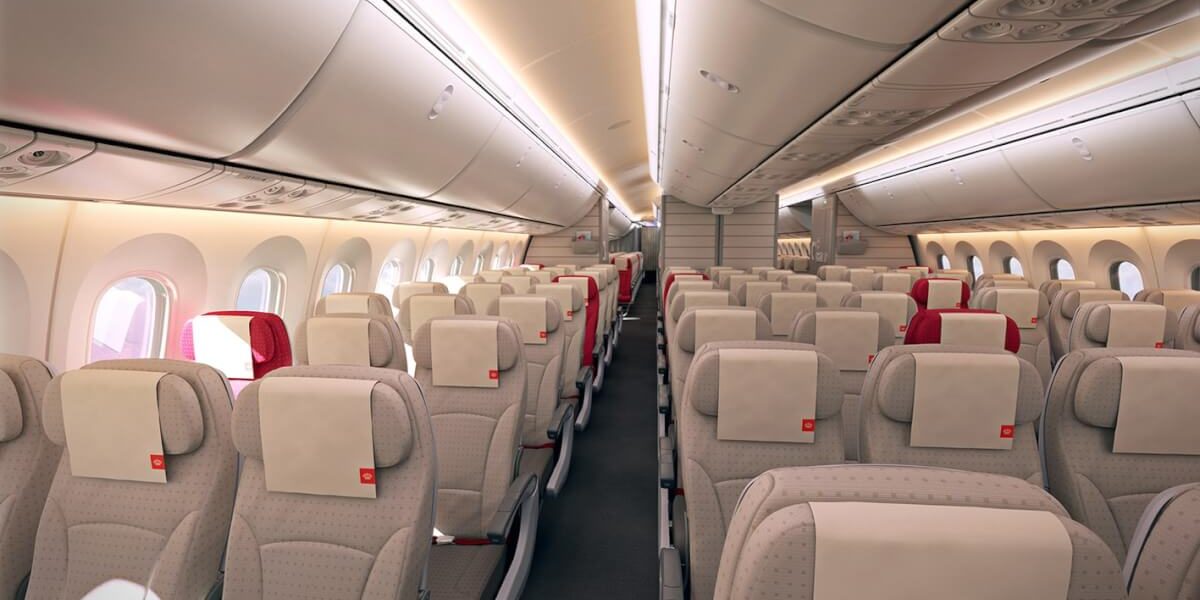 The commercial aircraft seating market is an oligopoly dominated by three players – Zodiac Aerospace, B/E Aerospace and Recaro Aircraft Seating – which, together, control an estimated 80% of the market. With Safran completing the purchase of Zodiac Aerospace earlier this year and UTC Aerospace Systems about to finalise a deal to buy Rockwell Collins, which acquired B/E Aerospace in 2017, one might assume that the mere presence of two of the world’s largest aerospace equipment suppliers would suffice to ensure new entrants desist in their attempts to upset the status quo.

However, with aircraft OEMs now much more open to adding new products into previously impenetrable airframer catalogues and a series of well-documented delays to seat deliveries caused by engineering, supply chain and certification issues, barriers to entry have come down significantly. As a result, a clutch of new players, many of which propose hugely innovative and fresh designs, are seeking to chip away at the dominance of the big three and ensure that the aircraft seating market becomes a markedly more competitive place over the next few years.

Two companies that have benefited hugely from airframer frustration with seat delivery difficulties are LIFT by Encore and Jamco. The former displayed its first prototype seat at the 2015 Aircraft Interiors Expo in Hamburg and shortly afterwards, was approached by Boeing about partnering on a preferred seat for new 737s. Since then, the pair have combined to develop two products: 737 Tourist Class Seating and 787 Tourist Class Seating. Jamco, which has a similarly close relationship with Boeing, has gone on to win the business of both Air France-KLM and LATAM Airlines after entering the industry when invited to supply seats to Singapore Airlines when the airline ran into quality problems with fellow Japanese supplier, Koito, several years ago.

And now, a number of vendors with automotive heritage are looking to address the aviation industry’s needs for greater capacity and on-time performance by bringing to bear their experience with much shorter delivery windows and greater variability in the product mix. Auto seat makers such as Recaro and Mirus, for example, have already started successful aero divisions, while the leadership teams at Pitch Aircraft Seating and Aviointeriors cut their teeth in the automotive market. Add into the mix TSI Aviation Seats in Turkey, Toyota Boshoku in Japan and the new Boeing/Adient joint-venture, and you start to get a sense as to the extent aircraft seat designers will increasingly take cues from the automotive industry going forward.

As more and more airlines seek to heavily densify cabins, the race is on to develop seats that unlock hidden dimensions to maximise so-called “micro spaces” within them and create unexpected differences to the overall passenger experience. Acro Aircraft Seating, now part of China’s Zhejiang Science and Technology Investment Company, likes to think of itself as a “spatialist” that approaches seat design somewhat differently than much of the competition. Its philosophy is that comfort is not found in the seat itself, but rather in the space between the seats. This approach has found favour not just with LCCs like Spirit Airlines, Allegiant Air and Frontier Airlines, but also amongst flag carriers such as Air New Zealand.

The aforementioned Pitch has a similar ethos and is banking on an appreciation of innovation in marginal gains. To this end, it is offering seats with a series of subtle features that help eek the most out of the space associated with even the smallest of seat pitches. The PF3000 product, for example, comes with a curved cushion front edge to aid passenger access, cantilever tray table with chamfered back edges that obviate the annoyance of tray table arms against knees, and a rear spar that sits three-quarters of an inch higher than competing designs meaning taller people benefit from increased legroom by being able to place their feet on the baggage bar.

Molon Labe Seating offers a somewhat different take on space maximisation. Since unveiling the famed Side-Slip Seat in 2015, it has gone on to develop two additional products and all three share the same underlying staggered architecture where the middle seat sits slightly behind and below the two adjacent seats. This means the centre passenger’s shoulders are offset from the shoulders of the two passengers either side, which provides a greater feeling of space without occupying a larger cabin footprint. It also means those sitting in the middle benefit from a wider seat, which has the added advantage of being able to accommodate a bigger seatback screen. Another distinctive feature of Molon Labe’s seating is a two-height armrest, which aims to eliminate so-called “elbow wars”. On its long-haul seat, “S2”, the lower portion of the middle armrests are sculpted and curve towards the centre to preclude those sitting in the aisle and window seats from using them.

Rebel.Aero has also unveiled a concept seat with a staggered formation. The difference being that the middle seat sits forward instead of backwards. Like Molon Labe, the UK upstart is aiming to speed up boarding times with a design that ensures passengers can get into their seats more quickly. While its rival, with the sliding Side-Slip Seat, has opted to increase aisle width, Rebel.Aero’s approach centres on foldable “booster”’ seats that allow passengers to stand in their own footwell so that others can more easily pass by. As opposed to the standard fixed height, the seat can fold on top of itself – thus creating a child’s booster seat, or a seat at an extended height for taller people.

At the other end of the spectrum with a design that unabashedly aims not to be the most comfortable in its class is Aviointeriors. In 2010, the company came up with the “Skyrider” economy seat – a concept that can increase passenger capacity by 20% thanks to an abbreviated seat akin to a horse saddle. The initial design for Skyrider allowed for a 23” pitch but failed to garner much interest and was never certified. Even so, the company has persevered and at the 2018 Aircraft Interiors Expo, unveiled Skyrider 2.0 featuring the same pitch but with a more sturdy and padded version of the original seat and poles securing it to the cabin floor and ceiling.

Though the latest innovations in economy class seating, by virtue of their slimline designs, weigh much less than seats of old, some companies believe that weight can be further reduced without compromising space. Billed as the world’s lightest passenger seat, Expliseat’s TiSeat E1 was launched in 2013 and due to a patented combination of carbon fibre and titanium, weighs in at just 4kg in a three-seat configuration for Airbus A320 and Boeing 737 aircraft, or 5kg in a two-seat format for ATR aircraft. Expliseat has since applied its design techniques to target flights of up to five hours with the TiSeat E2, a successor product devised in conjunction with Peugeot Design Laboratory for retrofit on the A320 family, A330, 737 and 747 aircraft.

Clearly then, and contrary to popular belief, there is still plenty of room for innovation in the last cabin, which no longer deserves to be considered the “forgotten class”. However, it is the premium classes where some of the aforementioned names could, arguably, struggle to gain traction. Here, the barriers to entry are that much higher – mainly because airlines are increasingly keen to make a fashion statement in order to differentiate products from the competition. As such, seatmakers are required to make substantial investments in research and development to come up with a one-of-a-kind customised seating solution for each and every customer – no mean feat for a small fish in a big pond. Nevertheless, those that make a success of their respective economy plays may soon find themselves snapped up by a bigger fish with much more clout.

Valour Consultancy’s forthcoming report “The Future of Aircraft Seating and In-Seat Power” considers the future evolution of the seating market in considerable detail. The study is currently in the interview phase and we’re keen to speak with as many relevant companies as possible. Feel free to contact us if you’d like more information on our work in this area or in related areas like in-flight connectivity and in-flight entertainment.