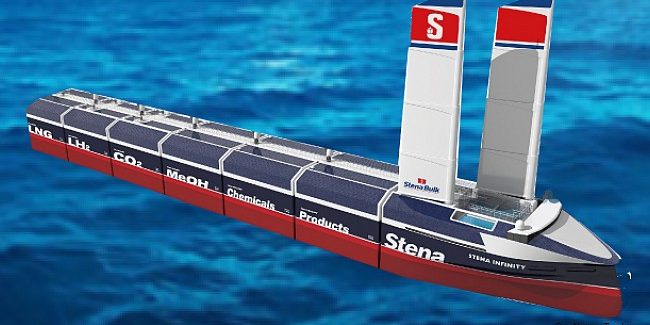 Little Boxes made of Ticky Tacky*

Having recently discussed modular maintenance, this piece examines alternative possibilities for vessel design concepts, in particular, the development of the existing Articulated Tug Barge and Stena Bulk’s Infinity concept. Separating drive train from cargo seems like a commercial winner but is it safe and reasonable?

However sentimental we might feel about them, a merchant vessel is essentially a box with an engine and propeller attached. For the maritime industry, moving the cargo is paramount. 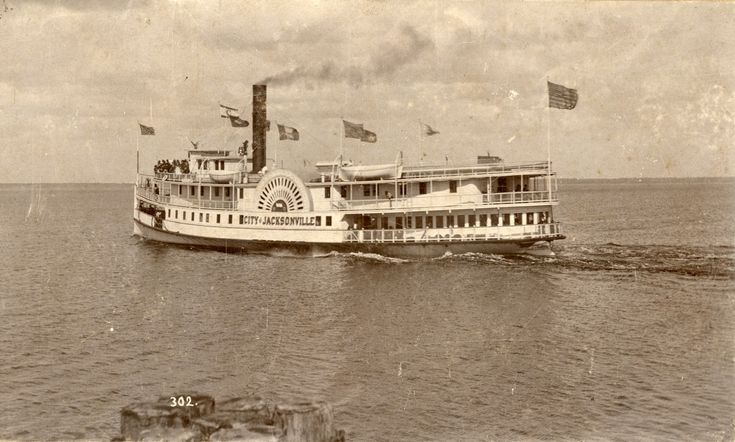 Paddle steamer in Jacksonville, Florida circa 1900

On inland waterways in Northern America, there is a long history of barge transport, from being towed behind paddle steamers in the 1800s to modern push tugs.

The latter are flat-faced tugs that push a barge or barge trains (the record is probably around 16) across lakes and down the Mississippi. On the west coast, articulated tug barges (ATB) are used. These barges have a notch in the rear where a tug can dock to an articulated pin-hinged connection providing good control and steerability but allowing independent movement. These have been used on both east and west coasts, not only for inland river transport but also for very significant loads in coastwise operation from California to Alaska and from Florida to New York. 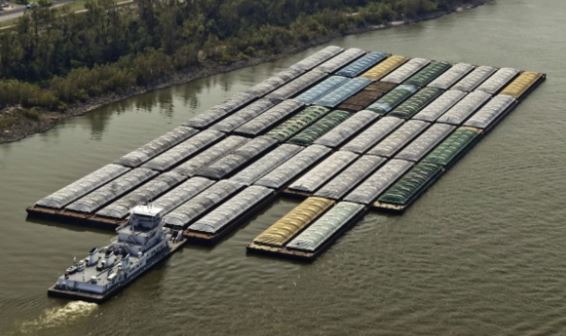 An older concept is integrated tug barge (ITB) where the tug is formally linked with the barge so they become a single vessel. Given that the biggest costs for ship owners are people and machines, a shift to autonomous shipping and separation of drive from cargo seem like an ideal way to go. In the 1970s when speculation was rife for nuclear-powered cargo ships. The concept of detaching the nuclear power train from the cargo was mooted to allow cargoes to be delivered to countries, such as New Zealand, that did not (at that time) allow nuclear-powered vessels into their inshore waters.

This leads almost seamlessly to Stena Bulk’s InfinityMax concept whereby the cargo holds are modularised as separate blocks and the drive-as-a-module is attached to several of these blocks to form an integrated vessel.

Stena Bulk’s design is to transport dry bulk, liquid bulk, or liquefied gas products, such as methane, hydrogen, or ammonia in modular sections that interlock together and can be attached to a drive module. There is no reason why this idea cannot be expanded to edible oils and chemicals, and carbon dioxide from carbon capture facilities or even general cargo holds or small shipments of containers. Using standardised and modular cargo units would streamline the loading and transportation of wet and dry bulk cargoes.

The InfinityMAX concept would improve world fleet utilisation but would require better formulated supply chains. The modular cargo containers would reduce the unnecessary environmental impact of empty tanks being shipped around the world in search of new cargo. The modules have been designed to be able to be dropped off outside of ports and picked up by tugs, avoiding congestion and reducing call times dramatically. Since the drive modules are separate, there is no reason why there may not be more than one to cover redundancy requirements of autonomous operation – one at the front, one at the back and even one half way down.

This concept has many benefits and perhaps more than a few hurdles to overcome.

Speed and flexibility are linked but it is almost impossible to assess ship propulsion efficiency (although hundreds have tried). Efficiency of a ‘rigid’ vessel depends hugely on weather, wave periods and size. Vessels are not rigid as anyone who has spent time at sea will tell you, they flex and groan and, occasionally, as in the case of some bulk carriers, break in half. Most estimates seem to suggest at best maritime transport achieves around 40% efficiency making it the most efficient means of transport. For more flexible movement through the water, a 1976 paper measured the efficiency of sea snakes swimming on the surface at 79% to 81%.

This suggests that articulated connections between cargo modules might be something to explore further (hence the title of this article).

*For those too young to remember Pete Seeger or Malvina Reynolds, this was a popular folk song in the early 1960s

What does the future hold for maritime connectivity?
18th July 2022