Are Driverless Cars Going the Way of the Jetpack?

You are here:
Mobility 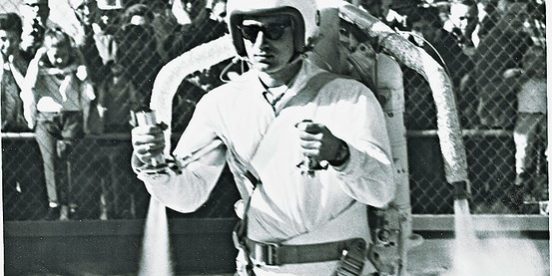 When jetpacks were revealed in 1961, they captured everyone’s imagination. Famous biochemist, Isaac Asimov, predicted that jetpacks would be ‘as common as a bicycle’ by the year 2000. There are many reasons why recreational jetpacks failed to make it to mass market, primarily safety concerns and cost. Are driverless cars facing a similar fate?

The emergence of driverless vehicle technology had the automotive industry abuzz with visions of the future. Automakers have invested millions into driverless cars, Google’s Waymo recently announced $2.5 billion extra to fund its driverless taxi-hailing service. 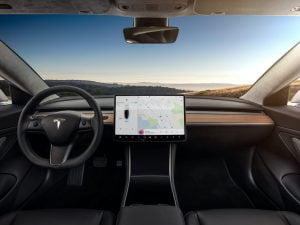 Elon Musk has become synonymous with driverless cars, manifested in his sustainable energy vision for Tesla. Musk previously forecast that his Tesla cars would be driverless by 2019, and further promised a million robotaxis on the road by 2020.

The tech giant has become renowned for overpromising and underdelivering and is in good company on this occasion. Representatives of Uber, Lyft, General Motors, Waymo, Toyota, and Honda all proclaimed that driverless cars on public roads would be a reality already.

Yet here we are in 2021, with no driverless cars or delivery trucks for sale in a showroom anywhere. Although Waymo deployed a test fleet of driverless vehicles in Arizona, and similarly Toyota in Tokyo ahead of the 2020 Olympics, these vehicles are company-owned and are not for sale.

The idea behind a driverless vehicle is quite simple. First, produce a vehicle with embedded cameras and connectivity that tracks all surrounding objects. Second, have the vehicle react, such as by stopping at a red light. However, driving is one of the complicated activities humans routinely do, and it involves many moral decisions.

Imagine a pedestrian crosses the street in front of you as you are driving. You immediately hit the brakes to avoid hitting them, right? At this moment, you potentially shifted the risk of injury or death from the pedestrian to everybody in the car. It’s not clear how a driverless vehicle would respond in this situation, and a recent U.S. survey found that 86% of respondents were either afraid or unsure about a driverless ride. 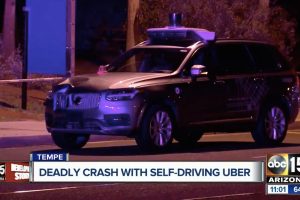 Machines deciding who gets to live or die on the roads is a dark consequence of merging human life with technology. Technology companies are trying to overcome this problem by teaching AI systems to make ethical decisions. This is not a simple task because there are debates around which ethical judgements to install as road ethics vary between cultures. Securing public acceptance around driverless vehicles will remain a long-term challenge.

There are many advantages to driverless vehicles. They could see an end to drink driving, improved traffic efficiency, and increased mobility for the elderly and disabled. Backers of the technology heavily promote the idea that driverless rides are better for the environment. However, the scientific evidence doesn’t show that computers are dramatically more fuel-efficient or have lower carbon emissions than human drivers.

So, if driverless cars are revolutionary in theory and not in practice, why are companies still investing in them?

Sometimes technology starts as dangerous and barely worth it when it is first invented. For example, plane innovation has come a long way from the Wright Brothers inventing a basic flying machine in 1903 to contemporary aviation. A Qantas-operated flight can travel from Dallas to Sydney, travelling over one-third of the distance around Earth in 17 hours, a prospect completely unimaginable a hundred years ago. 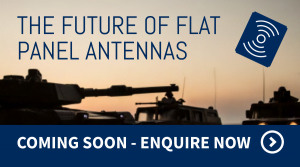 The underlying problem with the sales pitch for driverless vehicles is that they start with the end product, and ignore the process in-between innovation and commercialisation, when hazards emerge and are refined over time, a process that can take decades. Although the vision of everyday jetpacks never happened, the technology has potentially found a new role in the emergency services and the military.

Similarly, it’s likely that the driverless vehicle revolution will not occur on the timeline predicted by big tech. And when it does, it will cater to niche applications.

Driverless vehicles and several other mobility applications are captured in our assessment of the market for electronically steered antennas (ESA’s). This is due to publish in January 2022. A handful of ESA manufacturers see this technology, and the broader autonomous vehicles segment, as fundamental to unlocking the cost efficiencies associated with volume. There’s a very strong case for keeping vehicles and the occupants connected, whether that be via cellular and/or satcom. However, the big question mark is whether we’ll see potential become reality in a reasonable timeframe, if at all.

At this stage, it appears betting big on the mass adoption of driverless vehicles as opposed to targeting more immediate opportunities could very easily end in a failure to launch for ESA manufacturers.

Want to find out more on our upcoming report on “The Future of Flat Panel Antennas”? Download the information brochure here or contact us via email.

This article was written by Kerri Agnew. Learn more about the Valour Consultancy team here.