What will happen to airline fares in 2022? 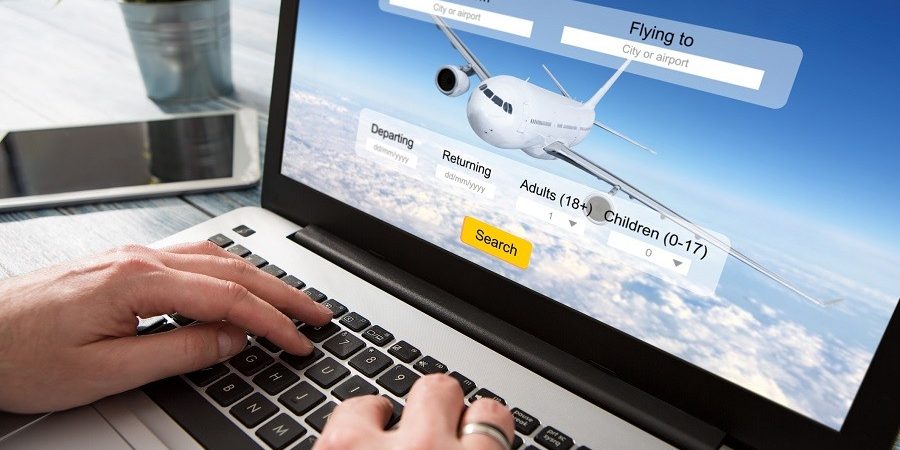 The COVID-19 pandemic has been, so far, the longest and most intense crisis in the history of commercial aviation. Statistics published on the World Bank’s data repository show that passengers carried by air transport fell by 60% worldwide between 2019 and 2020. Fast forward to the end of 2021 and the clouds began to part; the EU reported a 130% increase in the number of commercial flights, compared to December 2020.

Uncertainty is the “New Normal”

Although commercial air transport still hadn’t rebounded to its pre-pandemic levels, things were starting to slowly improve, with airline leaders and eager travellers looking forward to a year of revival. Expedia even dubbed 2022 the year of the GOAT, or the “greatest of all trips.”

However, if you’ve been on a rollercoaster before, you’ll know that just as the track begins to straighten and level out, you can be tossed upside down in a second’s notice. The disruption caused by the Ukraine-Russia conflict has dealt yet another blow to commercial air transport, and airline leaders are already warning of yet another difficult year ahead, because of rising fuel prices and airspace closures.

When is the best time to book?

In normal times, consumers typically pay different prices for the same leg, depending on when they booked it. There are many theories around the ‘ideal time’ to purchase a flight, but it’s safe to say last-minute bookers often pay much more than those who planned far ahead. This is even more pertinent today, and the best time to purchase a summer holiday is right now.

Prices across the broader economy are in flux right now, with supply chain issues, inflation, and volatile stock markets leading to higher costs on everything from milk to furniture. So far though, the average cost of an air fare has remained relatively stable with moderate increases, likely attributable to improving air passenger demand post-Omicron, inflation and seasonality effects.

So, will air fares spike this year?

Prices in oil have been steadily rising since 2020 but international bans on Russian oil caused jet fuel prices to surge by 27.5% in the last week, which is 96% higher than a year ago. For most airlines, fuel makes up about 30% of operating costs. If the conflict between Ukraine and Russia persists, then it is highly likely that these costs will be passed on to passengers through higher fares, and potentially accompanied by increases in auxiliary purchases such as the price of luggage. 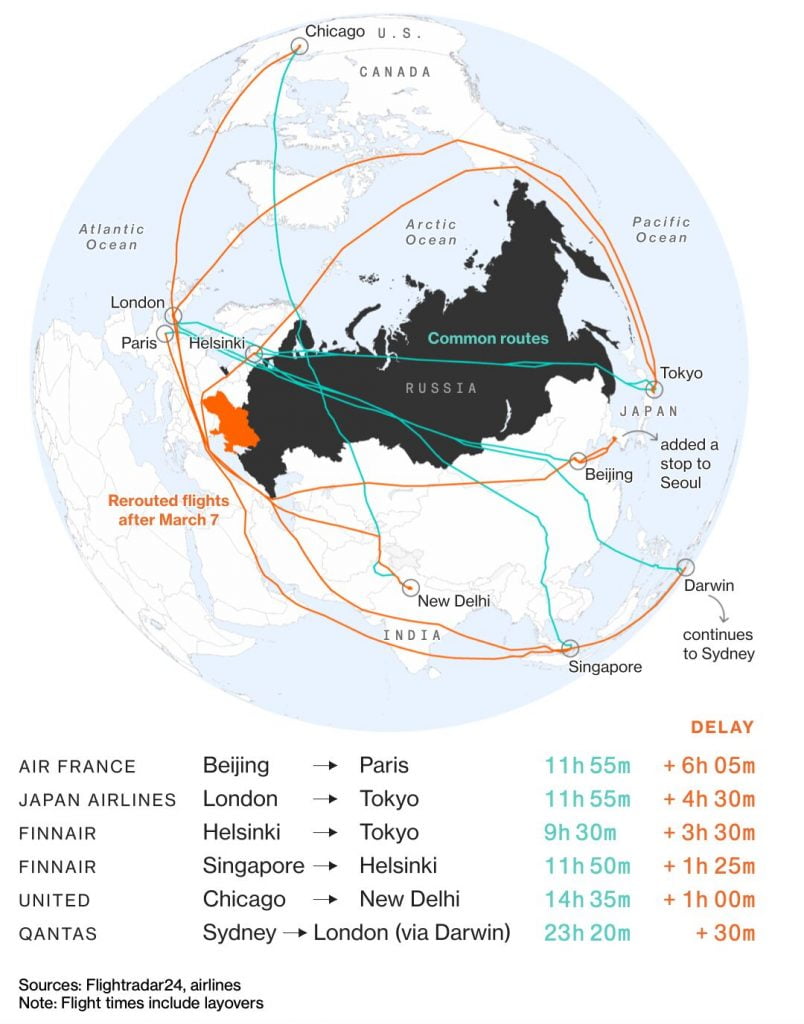 Credit to Bloomberg and SimpliFlying

However, increases in fares are unlikely to show up immediately, and there is no reason to panic at this moment. Firstly, because many airlines have bought their fuel in advance at more affordable prices and can lock in cheaper ticket prices until the summer. This also gives airlines time to react and strategise how to effectively cope with these cost changes. Airlines will only charge higher prices on routes if there is enough demand from passengers because they don’t want to risk losing customers, and this is especially important to airlines given that they want to promote passenger demand post-Omicron.

If the price of oil remains high, it will be a balancing act for airlines to allocate price rises across routes. Long-distance routes will likely be some of the first to witness these significant fare increases, such as London to Australia on Qantas, where passenger demand is high, and there are less alternative routes. And the need to re-route around Russian airspace is already creating a significant additional cost burden to some carriers operating long-haul flights. Japan Airlines, for example, is expected to see its fuel bill increase by between London and Tokyo as a result of having to fly over Alaska instead of Russia. On the contrary, flights between Great Britain and Ireland are plentiful, short in distance, and although not immune, the effects of competition on these routes will partially offset price hikes.

But wait, if demand goes up, won’t price go down?

After almost two years of pandemic-related travel restrictions, people are keen to get going on their travels again. According to IATA, the demand for air travel was 82.3% higher in January 2022 compared to last year, and travel agents have reported bookings back to pre-pandemic levels.

When it comes to ticket prices, there is constant competition in the airline business. If prices on a route get too high for consumers, another airline can swoop in, sensing an opportunity and charge cheaper fares. Consumers are also price-savvy, and aided by technology, can search for the cheapest way to get to a destination, which doesn’t have to be in the air.

However, in this situation, every airline is experiencing an increase in costs, and this makes across the board price increases more likely, because one airline is diminished in its ability to undercut the other.

Another factor affecting passenger demand for commercial air transport is inflation and the rise in the cost of living across the world, such as rising energy prices, which hasn’t yet been accompanied by rises in wages. With less money in their pocket, and the cost of travelling increasing, demand for travel will go down. To what extent remains unclear at this stage and much will depend on the degree to which central banks hike interest rates as a result. Higher interest rates, of course, mean higher mortgage repayments, further reducing disposable incomes. Should high interest rates persist, those airlines that received COVID bailouts on favourable terms could also find that their repayments increase when fixed terms come to an end and move with the base rate. However, it should be noted that many people have already booked ahead for their travels this year, some due in part to savings accumulated over the pandemic period.

There are many unknowns for commercial air transport this year, especially depending on how long the Ukraine-Russian conflict persists, and if it spills over to other countries. The summer period will be a critical inflection point for the sector, when the boom in post-pandemic travel demand begins to falter, and the effects of rising prices everywhere begin to take shape.